ADFAS Hobart provides for its members a yearly programme of illustrated lectures given by overseas and Australian lecturers chosen for their communication skills and expert knowledge in their fields. Occasional special interest days are also held when topics can be examined in more detail.

Members may bring guests $25 per lecture

Paul Atterbury is a writer, lecturer, curator and broadcaster, and a familiar face on the BBC Television’s Antiques Roadshow. He specialises in the art, architecture and design of the 19th and 20th centuries, but has many interests and enthusiasms outside this area of expertise, some of which are reflected in the lectures he is offering. Paul has lectured to every ADFAS society in Australia and New Zealand during previous visits.

During the reign of Queen Victoria over 11 million of her subjects left the UK. This mass emigration, both voluntary and forced, was crucial in the development of countries such as Australia and New Zealand. Some emigrants were successful in the quest for a new life and many failed, but for the majority the reality of emigration was a complete break with family and friends back home. Among the most poignant reminders of 19th century emigration are many paintings and drawings documenting this great experience of social and economic change, from leaving home and family to the often harsh realities of life in a new world. These paintings offer a remarkable insight into the making of modern Australia. 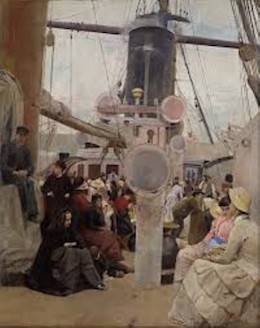 23 March 2020
Whaling in early Hobart Town and Scrimshaw, The Ancient Art of the Mariner
Presented by Colin Thomas

Colin Thomas is a self-employed businessman from Hobart and current chair of the Tasmanian chapter of the Australiana Society.
During the early 1980’s Colin developed an interest in colonial furniture and this extended to Tasmanian pottery and later scrimshaw. Scrimshaw subsequently became the main focus of his collecting which has resulted in Colin holding what is reputedly one of the largest private collections in the world. The collection is Australian in origin, primarily Tasmanian.
Colin is a member of the World Scrimshaw Forensics Group. 182

The presentation includes a brief history of whaling in Hobart Town and its importance in the first half of the nineteenth century and the development of the colony. The presentation will also include what scrimshaw is, its many applications and uses including for practical and decorative purposes illustrated with many images. The presentation will conclude with some brief hints on how to identify whether particular pieces of scrimshaw are real or fake. 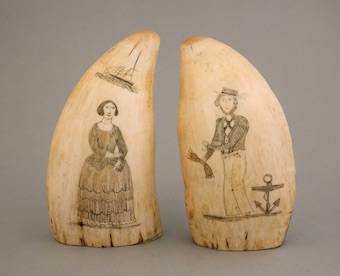 Nirvana Romell holds a BA in History of Art and an MA in English Language & Literature. She has 17 years of lecturing experience on three continents. Since 2003, she has been working as a freelance lecturer, public programmes consultant and tour director. Nirvana has presented art history courses and lectures, and has trained staff and volunteers, at the Manchester Art Gallery, and other art and learning institutions. She organises and presents tours of permanent and temporary exhibitions across many countries in Europe.

Until recently, women artists of the past have rarely been mentioned in general art history books. Hardly any of the Renaissance, Baroque or Rococo artworks created by women have been exhibited in museums. Were there any women artists in those times? How did they live and work? And why is it that we know so little about them, and have seen so little of their works? The lecture examines the socio-historical context of artistic life between the 16th and 19thcentury and introduces some of the greatest talents of the times 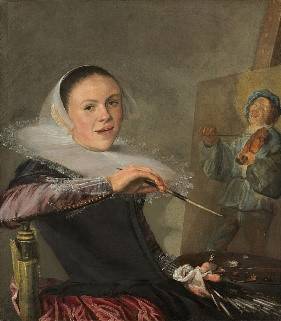 Dr Alexey Makhrov studied art history at the Academy of Arts in St Petersburg and obtained a PhD in architectural history at the University of St Andrews, Scotland, in 1998. He worked as postdoctoral researcher of Russian art criticism of the nineteenth century at the University of Exeter, England, before moving to Switzerland in 2003. Having obtained a master’s degree in International History and Politics at the Graduate Institute of International and Development Studies in Geneva, he has taught courses on art history in Zurich and Geneva. He has worked as lecturer on cultural tours to Russia and Switzerland since 1998.

The lecture documents the development of St Petersburg, founded in 1703 as a fortress in a remote area on the Baltic Sea, into one of the grandest capitals of Europe. The planning and building of the city supervised by the Chancellery of Construction were based on rational principles which ensured the regularity, visual coherence and magnificence of its architecture. Key buildings and architectural ensembles will be analysed as well as important institutions founded in the eighteenth century, such as the Hermitage and the Academy of Arts, which still determine the cultural image of the city. 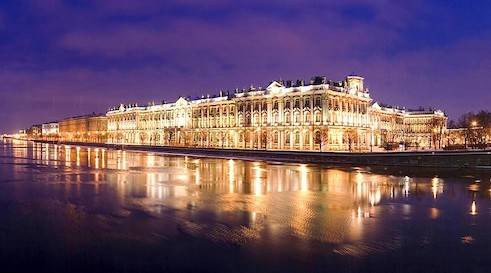 Lucrezia Walker has lectured for the National Gallery, and is a regular speaker at the Royal Academy, at Tate Britain and Tate Modern, speaking to their corporate patrons both in their offices and in the exhibitions. She studied in Venice and Perugia, lived and worked in Rome, and has 20 years’ experience of leading cultural tours in major European cities.   She is the author of several books on 19th and 20th century artists and art movements

John Peter Russell was an Australian artist and friend of the Impressionists. Two of his friends in Paris were Toulouse-Lautrec and Vincent van Gogh. Monet highly rated Russell’s work, and Matisse, said that Russell had taught him everything he knew about colour. Another artist and friend, the sculptor Rodin, said that in the future Russell would be as famous as himself, Monet and Renoir. This was not the case. In later years Russell’s work has received increasing attention, his paintings shown in exhibitions in Australia, France and England. His story of a life devoted to adventure, love, tragedy and art is one worth telling. 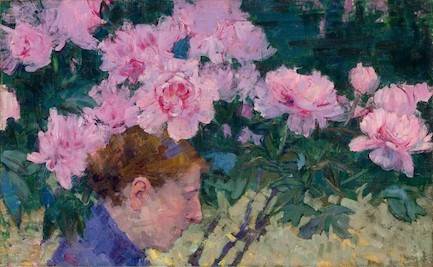 7 September 2020
Why Victoria was not Amused, Victorian Furniture
Presented by Janusz Karczewski-Slowikowski

Janusz has retired from a 35 year career in Higher Education. Whilst studying for his first degree, he worked part time in an antiques shop, later as proprietor. Such was his interest in collecting that he became known as the dealer who bought but never sold. His lectures seek to explain furniture in terms of the skills and materials employed in its design and construction and also its socio-economic significance.  He has lectured to over 300 NADFAS and ADFAS societies all over the world. 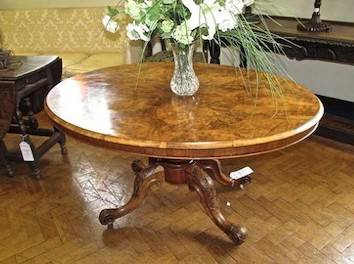 Dominic Riley is an internationally renowned bookbinder, artist, and an accredited lecturer with the Arts Society and teacher. He specializes in the restoration of antiquarian books and the creation of contemporary fine bindings. He teaches his craft both in the UK and USA, across Europe and in Australia and New Zealand. His prize-winning bindings are in collections world-wide.  In 2013 he won first prize — the prestigious Sir Paul Getty award — in the International Bookbinding Competition, and his winning binding was acquired by the Bodleian Library in Oxford.

In this lecture Dominic tells the story of fine bindings in Britain over the last hundred years. The journey begins with William Morris and the Kelmscott Chaucer, possibly the last great books of the printed age. He will then show some of the amazing bindings from Sangorski and Sutcliffe, the finest bookbinders in the twentieth century, as well as work from their contemporaries. Dominic will then discuss the new world of Design Binding which emerged after the second world war, as modern design entered this ancient craft, and finish with examples from some of the best artistic bookbinders working today. 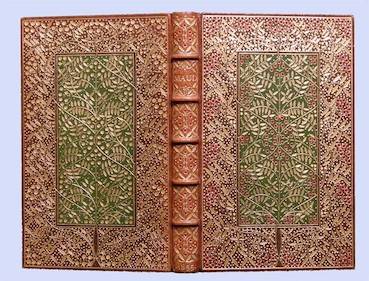 Philip Bailey’s introduction at the age of nine to the world of Yehudi Menuhin and of Hephzibah and Yaltah, his two remarkable sisters, began in 1951. In Britain, 1974 after a series of chance encounters he joined the Menuhin staff, becoming Yehudi’s personal assistant. This job lasted four decades. It is this long and close association with the Menuhins that has given Philip unique insights into the lives of these remarkable musicians. Returning to Australia following Yehudi’s death in 1999, Philip began writing what became over the next eleven years the Menuhin biography. He has since given over 150 presentations across the country for groups including ADFAS.

The lecture focuses on the remarkable careers of Yehudi and his sisters, three consummate musicians who each had to deal with their often-complicated lives outside the concert hall. Several related topics are explored as the Menuhin saga unfolds: the precious violins, the architecture and furnishings of the various Menuhin residences; concert halls and their acoustics; yoga and its role in extending a career threatened by a tremor in Yehudi’s right hand. 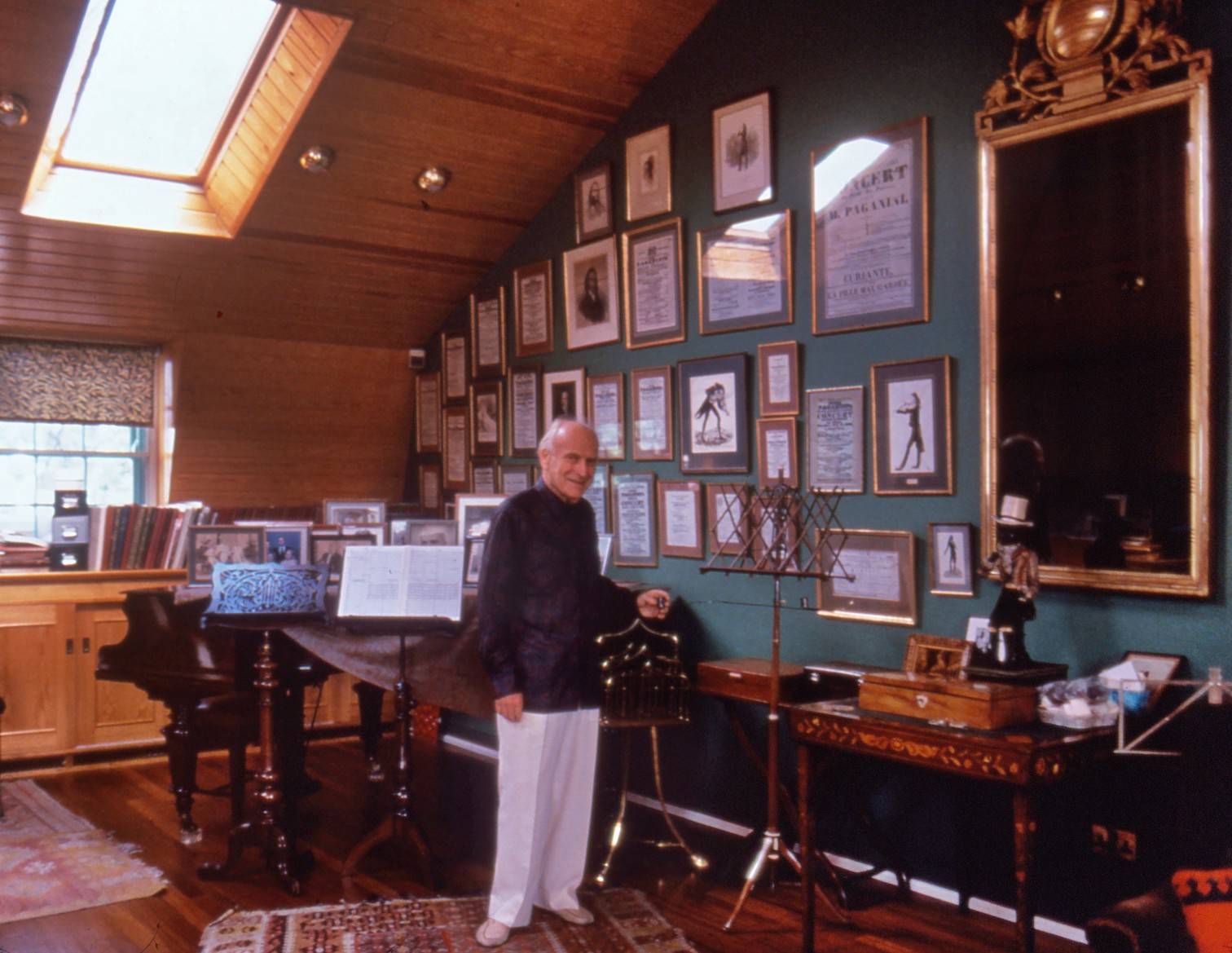