You are warmly invited to join us at ADFAS Sydney to explore the world of the Decorative and Fine Arts. Attracting pre-eminent UK and Australian experts in 2023, ADFAS presents a series of stimulating lectures. Visual and performing arts, history and literature form the basis for the eight beautifully illustrated lectures presented during the year. We meet in Paddington, about 4 kilometres from the Sydney CBD. You will be able to share refreshments after each lecture with like-minded members in a convivial and welcoming atmosphere. In addition, we are offering two Interest Days to be held at Royal Sydney Golf Club. 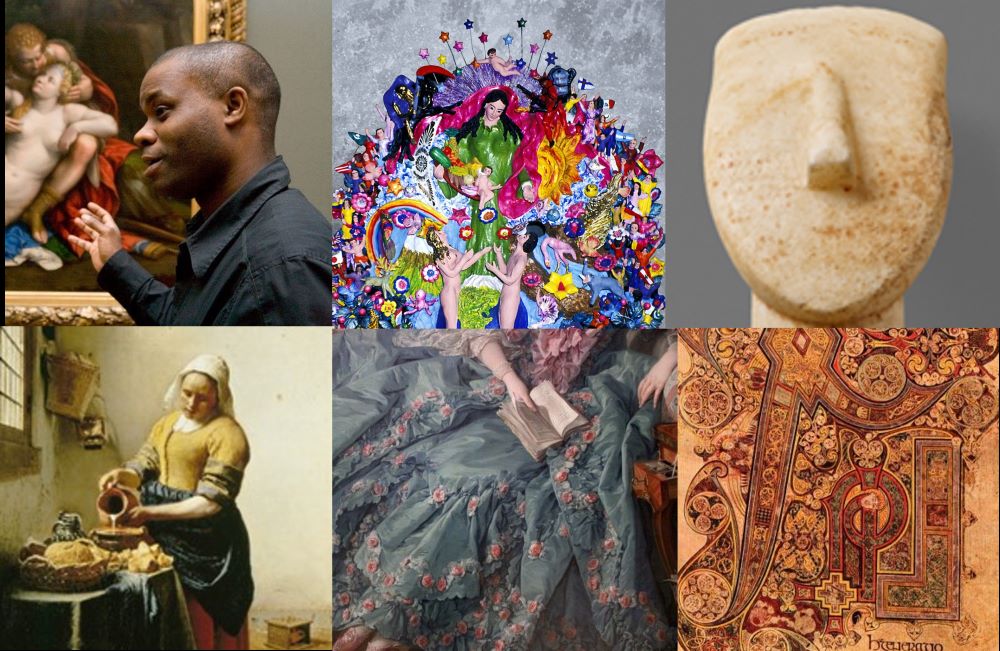 Guests welcome:
Guests are very welcome for $30 per lecture

The English language is rich in idioms, phrases and sayings which are part of everyday speech – yet seldom do we consider their original meanings. This is an exploration of historical etymology, often traceable to the City of London. Even if you have to ‘rob Peter to pay Paul’ and it’s ‘raining cats and dogs’ you’d be ‘barking mad’ to miss this lecture.

Alan Read holds a master’s and first-class honours degree in History of Art from Birkbeck College, London. He is a gallery guide at Tate Britain, Tate Modern, National Portrait Gallery and for Frieze Masters and regularly lectures at the NPG, Dulwich Picture Gallery, Plymouth City Art Gallery and other galleries in the UK. He also works as a London Blue Badge Guide and a City of London Guide. 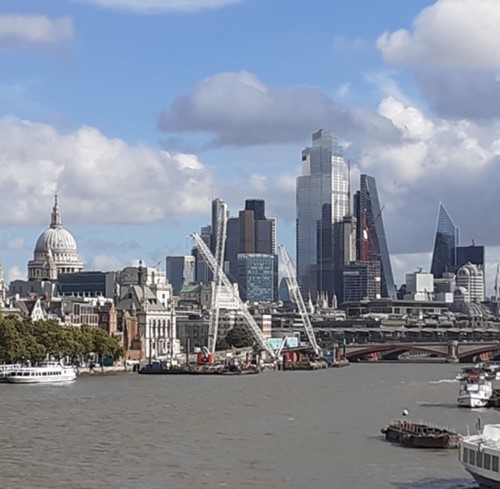 Large and elaborate gardens were planted around the palaces in the Islamic world – from Spain right across to India and Central Asia. At the same time small gardens, shrubs and potted flowers graced the courtyards of more modest residences – reflecting the universal love of gardens and passion for flowers amongst Muslims. Garden themes were ubiquitous in Islamic poetry and dominated the design repertoire of all the arts and crafts.

Dr Susan Scollay is an Honorary Principal Fellow in Art History and Curatorship, School of Culture and Communication at the University of Melbourne. Her work as an independent scholar on three continents has entailed publications, curated exhibitions and substantial fieldwork in historic textiles. Her expertise includes Islamic architecture and decorative objects, particularly those of the Ottoman empire and Persianate arts of the book, and the connections between these fields and parallels in early modern Europe. 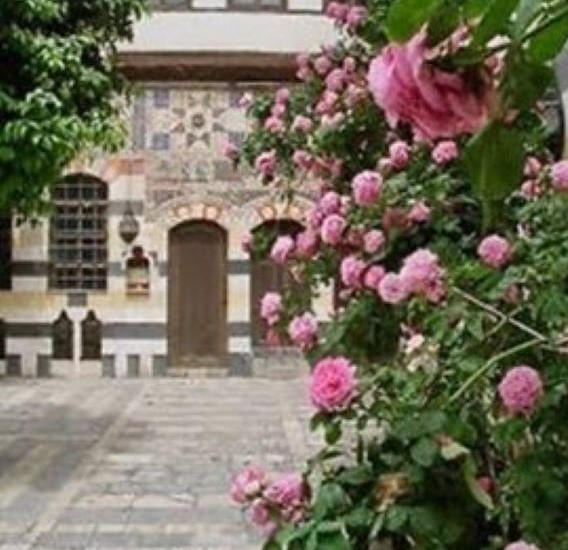 In this lecture Leslie will begin by tracing Vermeer’s origins, his early training and influences, and how he came to the genre of painting domestic interiors. The lecture will then look at his earliest known paintings and how he gradually migrated to the genre of domestic set-piece paintings we know him for today. Leslie will also take us on the ups and downs of his career right up to the present day.

Leslie Primo holds a BA in Art History and MA in Renaissance Studies from Birkbeck College, University of London. Leslie was Visiting Lecturer in Art History at the University of Reading in 2005 and 2007, and gives lectures and guided tours, plus special talks, at London’s National Gallery and National Portrait Gallery. He also lectures at the City Literary Institute, an adult education college, in central London. His book, “Foreigners that Invented British Art: From Renaissance to Enlightenment”, is to be published in 2023. 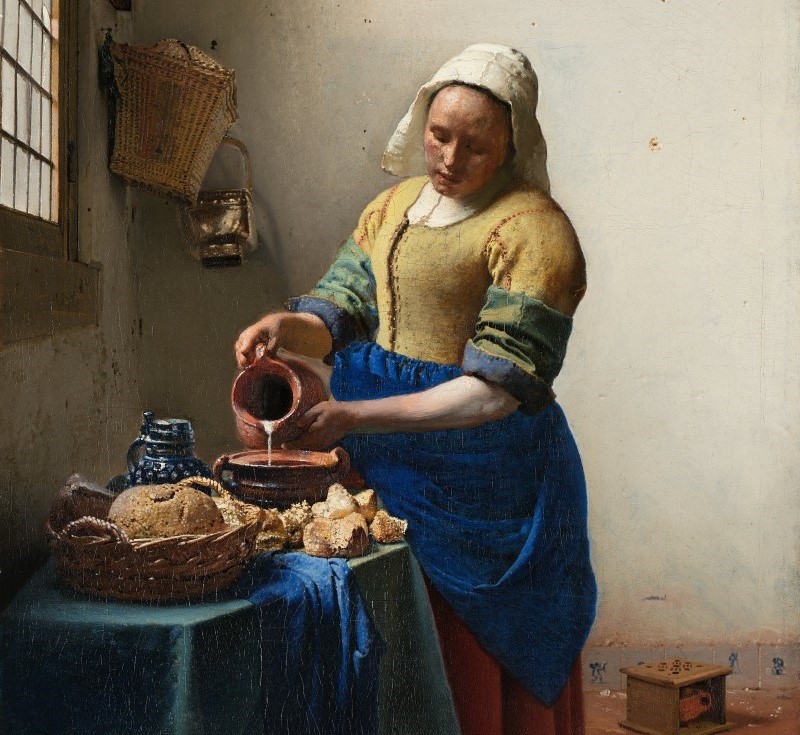 1.From the Renaissance World to Baroque Splendour: The Rise and Struggle of Women in the World of Art

Across the centuries there have been numerous artists that have disappeared from the discipline of art history for a variety of reasons, the most common that of being unfashionable in whichever era we happen to be in.  But some have not only disappeared, but they also have deliberately excised form the historical record, and their crime? They are artists that just happened to be women.  But if we were to explore this rich seam, we would see that these artists not only flourished, but were commercially successful

We will explore how the painter Sofonisba Anguissola, from minor nobility was able to present herself and her work as an artist as compatible with her status. The lecture will also explore the relationship with her father and her family and why they became potent subjects for her art.  Early ambitions will be explored and her constant itineracy and ambition to succeed and even to surpass men in her profession.  I will look at her association with Michelangelo and recognition by Giorgio Vasari, indeed this long-lived artist would span the Renaissance through to the Baroque period and become a phenomenon.

In an era of violence, desperation, naked aggression and open and rampant misogyny, this lecture will explore the troubled life and ambition of Artemisia Gentileschi. Growing up in the shadow of Caravaggio and her artist father this lecture will begin with her early works and her constant struggles against the patriarchy that would eventually lead to her rape. The lecture will then explore the impact of this on her paintings before and after this harrowing event, popular themes in her work, her close association with the Caravaggisti style and her treatment of the female anatomy. Finally, this lecture will look at the recently acquired work by Artemisia in the National Gallery and her time in England. 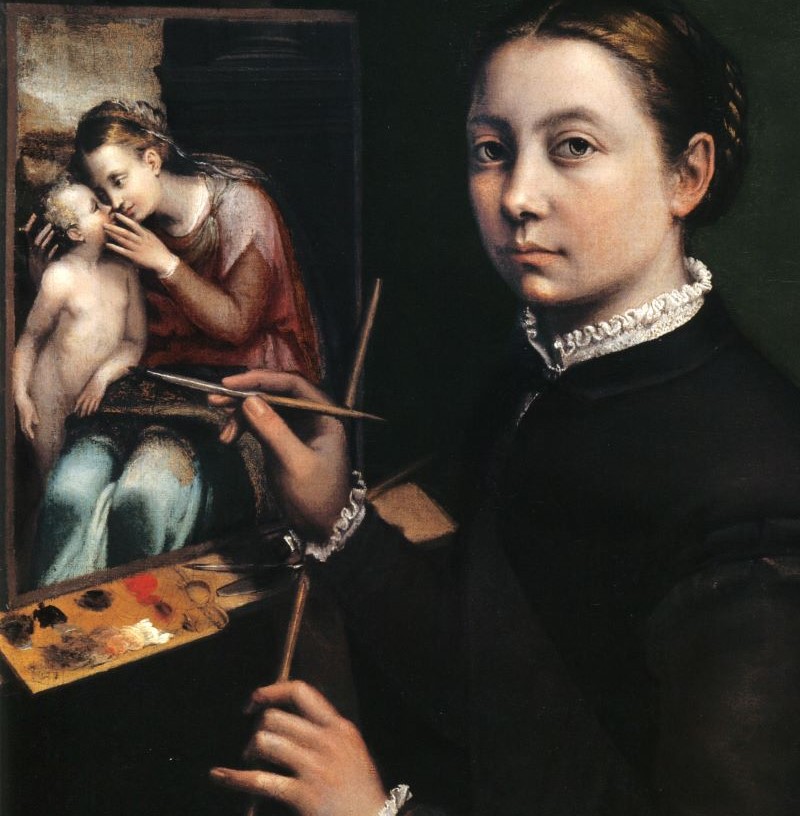 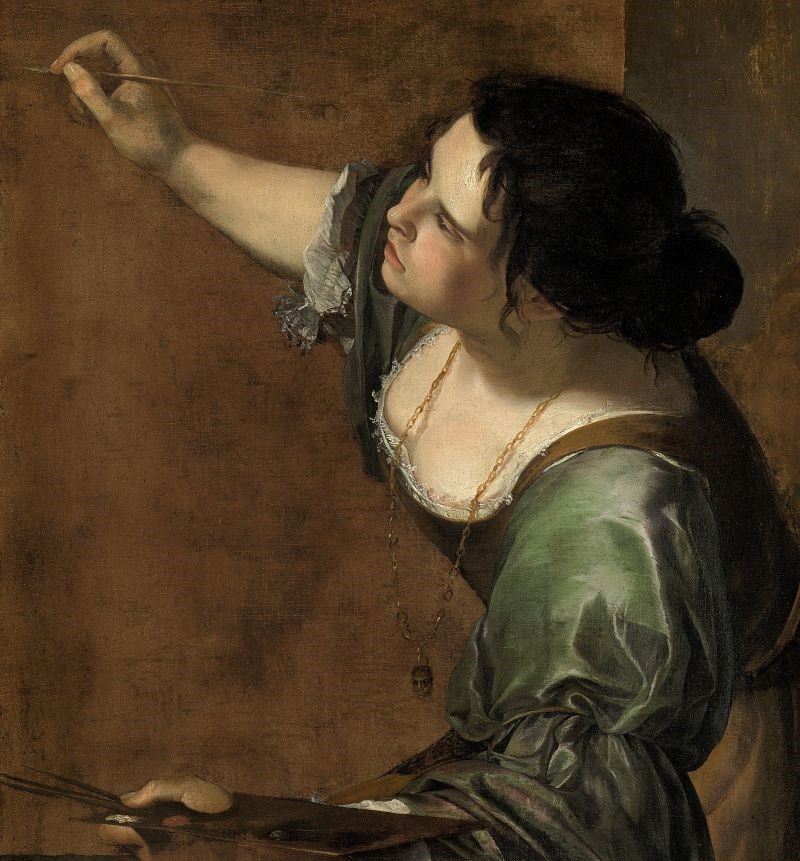 Gemma was invited by the National Gallery of Australia to prepare and present this lecture on the calligraphy, illumination and the background to the Book of Kells for its highly acclaimed exhibition in Australia in 2000, which attracted over 81,000 visitors.Her talk features numerous images to inform, educate and stimulate the audience. It is an excellent opportunity for those interested in books, book history and calligraphy to delve further into the past and to learn some of the history and the mystery of this astonishing manuscript, said to be “the work of angels …”.

Formerly located in Tasmania and now based in Canberra, Gemma Black has taught for over 25 years calligraphy, book binding and art craft at various Australian institutions, including Australian National University, as well as in Europe, UK, North America and USA.  It was through receiving a Winston Churchill Memorial Trust Fellowship to study in Europe, that enabled her to carry out research, observe and learn the practice of calligraphy. 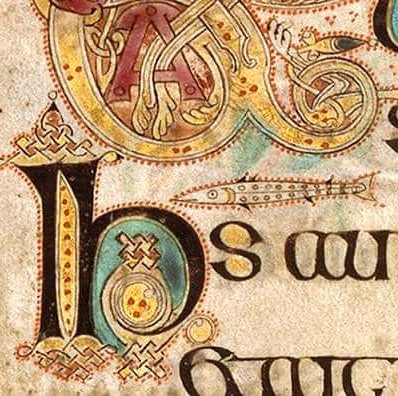 Impressionist artists Monet, Degas and Morisot delighted in painting modern life. Like Manet they responded to Baudelaire’s call ‘are we not heroic in our top hats and patent leather boots?’ In Victorian England William Powell Frith pioneered the painting of everyday life (in modern dress) with popular works Derby Day and Ramsgate Sands. This lecture will use fashion plates and publications such as Punch to shed new light on such famous paintings. New inventions (e.g, the cage crinoline and aniline dyes in the world of fashion, and paint in tubes in the world of art) will be discussed for their role in creating a new aesthetic.

Jacqui Ansell studied History of Art and Theory at the University of Essex, then gained an MA in History of Dress from the Courtauld Institute.  As a former Educational Officer at the National Gallery, London, and a writer for the Open University, Jacqui continues to lecture regularly at the National Gallery, Wallace Collection and National Portrait Gallery as well as publish on court dress, Grand Tour portraiture and Welsh costume as a cultural marker.  Jacqui is also a Senior Lecturer at Christie’s Education, London. 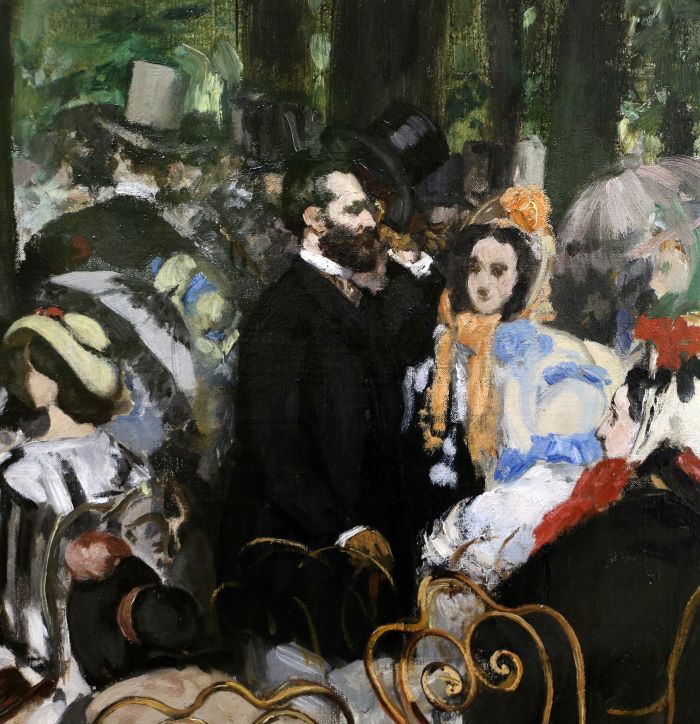 Before the Spanish Conquest of 1519, numerous civilisations rose and fell. The great cities of the Maya, Aztecs, Zapotec and Mixtec were peopled by muralists, sculptors in stone, ceramic artists, feather and gold workers, jewellers, weavers, and painters of sacred books. In the twentieth century, painters such as Diego Rivera and Frida Kahlo set a new value on popular traditions. Mexican arts and crafts are a living force, the sense of design and dazzling colour are part of a national identity.

Independent scholar, author and curator and fluent in Spanish, Chloe Sayer has spent many years researching ancient traditions and contemporary craft skills. Given her long-standing commitment to Mexican culture, the Mexican Government in 2016 awarded her the prestigious Ohtli Medal.  Chloe has made collections and performed fieldwork in Mexico and Belize for the British Museum.  She recently co-curated an exhibition for the ROM: iViva México! Clothing and Culture (2015–2016) in addition to writing the accompanying book.  Chloe has also written several other books on Mexican textiles, arts and crafts, festival s and the Aztecs. 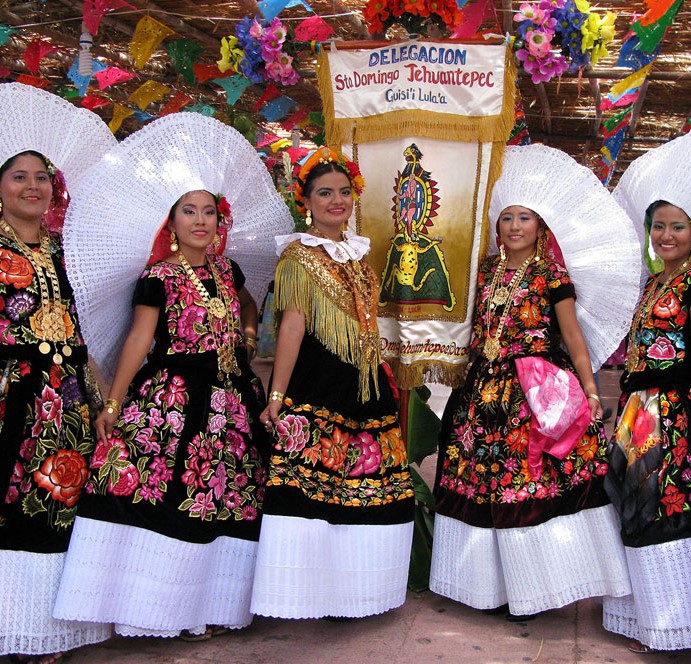 This talk examines the contradictory nature of Degas’ work.  We concentrate on quite early portraits and domestic scenes when he was still in search of an artistic identity.  We consider Degas’s tendency to imbue his images with a sense of ambiguity or unease, or in genre scenes where the protagonists appear detached or even hostile in their relationships.  Is there a logical explanation for these unsettling compositions, or is Degas engaged in a game with his viewers?  We consider possible answers through examination of his work and that of his contemporaries.

Kathy McLauchlan is a lecturer and currently a course director at the Victoria & Albert Museum.  Her specialty is 19th century art history.  Kathy is also a freelance lecturer, teaching at several institutions, including the Arts Society and Art Pursuits.  She graduated from Oxford University and the Courtauld Institute, gaining a Ph.D. in French 19th Century painters in Rome.  Kathy has published catalogues and articles for the British Council and the Barbican Art Gallery. 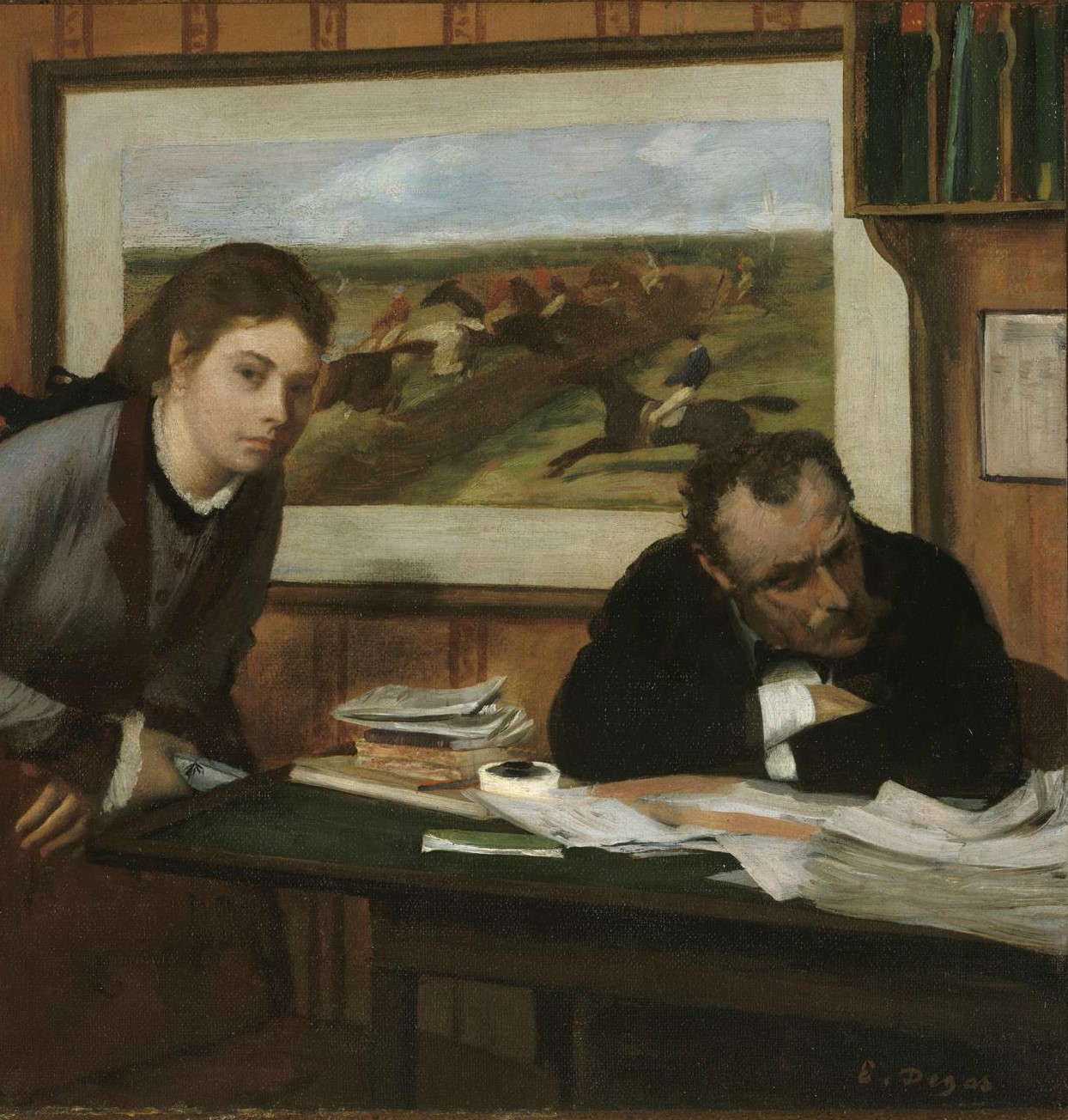 At the start of the 19th century Russia was still a newcomer to Europe’s art scene, and its leading painters concentrated on emulating the achievements of western art.  By the late 19th century this situation was changing.  Russia’s first avant-garde, a group known as the Wanderers, had established a new and independent route for their art by portraying the realities of life in portraiture, landscape and everyday life.  Other artists, along with their patrons and critics, were starting to promote art that expressed and defined their country’s national identity. By the early 20th century Russia was home to some of Europe’s leading avant-garde painters who saw themselves as active protagonists in the shaping of their society.  This study concentrates on key stages in the development of Russian art from the follower to leader, concentrating on the work of key figures like Karl Bryullov, Ivan Shishkin, Isaak Levitan, Ilya Repin, Mikhail Vrubel and Leon Bakst. 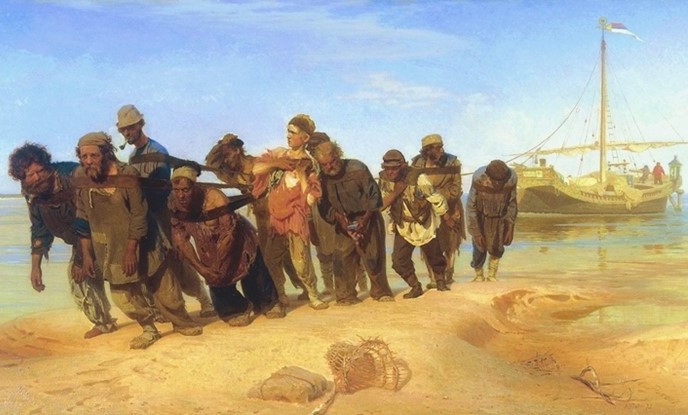 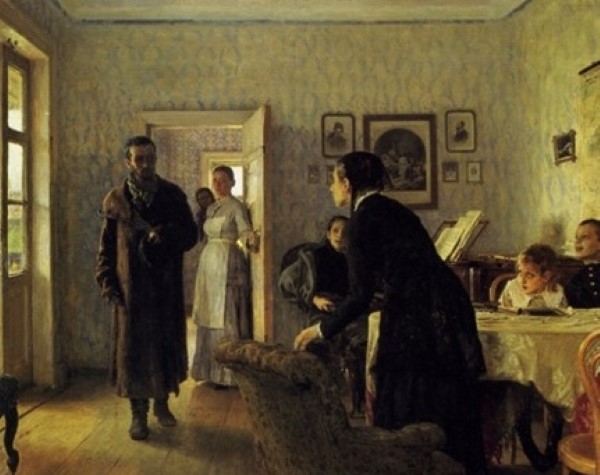 19 October 2023
WHAT DID THE GREEKS AND ROMANS EVER DO FOR ART?
Presented by Gillian Hovell

Ancient Greek art blossomed and then the Romans took that art – the sculpture, frescoes, vase painting, architecture and so much more – and made it their own. New media, new styles and new expressions burst forth, and this vibrant cocktail created the basis for Western Art for millennia. Just what did those Greek and Roman artists achieve that was so world-changing?

This talk explores how and why we owe so much to the ancient Greeks and Romans, and we identify the tell-tale marks of our debt to classical art around us today.

Following graduation from Exeter University with a BA with Honours (2-1) in Latin and History, Gillian Hovell joined BBC Television, then moved on to becoming an award-winning freelance writer, author, international public speaker and broadcaster.  Her speciality is archaeology, prehistory and in the Greek and Roman eras.  Gillian is a lecturer at York University as well as a teacher and lecturer at other institutions in the UK.  She is a frequent speaker on TV and radio.  As a hands-on archaeological project leader, Gillian now actively digs at major UK and European sites. 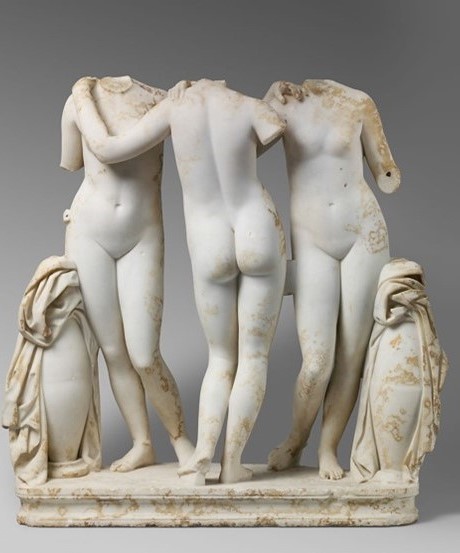