ADFAS Scone is situated in the rural area of north west NSW, known as the Upper Hunter, noted for its premier horse studs, stock horse and thoroughbred breeding industries. The area abounds in a diverse range of natural beauty and attractions from highland games, polo matches, horse races, war planes, art galleries and resident artists, artisan foods, vineyards and cellar doors and distilleries to mention just a few. We are one of the oldest ADFAS society, number 12, and have been running successfully for over 30 years. Our longevity is testament to our dedicated and hard-working members many who have been there since our inception.  We are a small society but our enthusiasm and commitment are large, with members come from wide and far. We endeavour to provide an interesting and informative lecture hosted by lecturers who excel in their subject matter.  A light supper or morning tea and drinks follow every lecture giving a chance to socialise in a welcoming and friendly environment. Our lectures are held in the beautifully restored Arts & Crafts Hall in the centre of town, a fitting venue to absorb both beauty and knowledge. As our founding chairman said, “However obscure the topic, we aim to send members and guests home richer in knowledge, refreshed in body and uplifted in spirit!” Come and discover what we offer.

As one of the oldest art forms, monumental sculpture has been presented in spectacular outdoor settings since antiquity. The princely estates of Renaissance and Baroque Europe were populated with marble nymphs and classical deities. Major art museums feature large-scale sculpture in their gardens and courtyards. But the idea of a park or garden conceived expressly for the display of sculpture is essentially a modern phenomenon.

This lecture is an account of the creation from the mid-twentieth century onwards of public and private sculpture parks in Europe, the US, Japan including more recent and remarkable examples in New Zealand and Australia.

Geoffrey Edwards was Director of the Geelong Art Gallery, one of Australia’s oldest and largest regional galleries.  Prior to this appointment, he held Senior Curatorial positions at the National Gallery of Victoria where he was in charge of the collections of international and Australian sculpture and Melbourne’s celebrated holdings of ancient, antique and modern glass.

His professional affiliations are extensive and include, the Winston Churchill Trust (he is a former Churchill Fellow) and the George Baldessin Trust and the National Trust of Australia (Victoria). 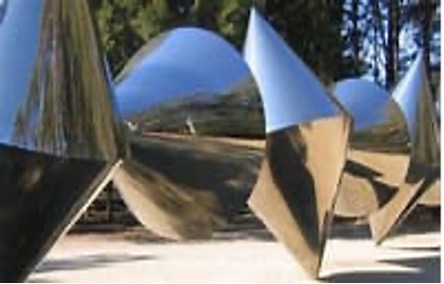 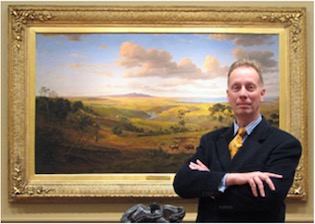 Adelaide will speak about her life in the country and its influences on her business approach and her journey as an interior designer and her timeless layered interiors.

For over 30 years, interior designer Adelaide Bragg has been creating beautiful homes that are made to be lived in. A country girl with a city education, she understands the intricate subtleties that go into making a house a much-loved home.  Each project receives Adelaide’s individualised treatment to ensure it meets the needs of its occupants and remains a true representation of the people who live there. Her work is featured by the likes of Belle, Australian House & Garden, Country Style and The Design Files. 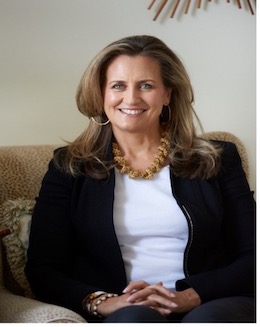 The lecture will examine the harrowing story of an outstanding portraitist caught in the deadly divisions of Revolution. Copley, born in 1783 to poor Irish Parents in Boston, became a highly sought after painter of the professional and mercantile elites of this small colonial port. Increasing friction between Britain and her American colonies after 1763 polarised this elite into warring camps.  Copley found himself caught between old friends and family and by 1774 had to make a choice which would change his life tragically and permanently.

Peter McPhee was appointed to a Personal Chair in History at the University of Melbourne in 1993.  He was Deputy Vice-Chancellor and Provost of the University from 2003 to 2009.  Peter is a member of the Australian Academy of the Humanities and the Academy of Social Sciences.  He was made a Member of the Order of Australia in 2012.  He is currently Chair of the History Council of Victoria. 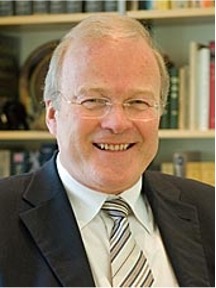 Gay Stanton, a professional garden designer and horticulturalist, will be of great interest for garden enthusiasts aspiring to create and nurture gardens in our rural environment. Gay has designed and constructed gardens for high value houses in Sydney harbour-side suburbs, working in association with noted architects Espie Dods, Michael Suttor and Howard Tanner.

In recent times, since living at Merriwa, her practice has extended to the Upper Hunter, including prominent horse studs in the Scone district, where she has developed new and established gardens. This is a ‘must see’ presentation for aspiring gardeners

We will then look at the contemporary influences on the cultures of children and youth and the ways we recognise and value these two social groups in our societies through the design of their environments.

Dr Kate Bishop is Associate Professor and Director of Landscape Architecture in the School of Built Environment at the University of New South Wales, Sydney. Her background in environment -behaviour research reflects her abiding interest in the relationship between people and place and underpins her teaching and research and her particular area of interest: children, youth and environments. She specialises in the research and design of environments for children with special needs; child and youth friendly urban planning and design; and participatory methodologies with children and young people. 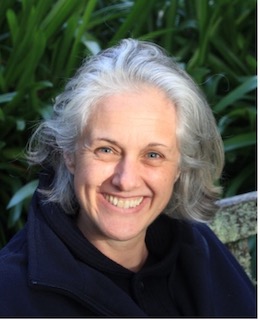 For the Greeks, to see the marvelous was to touch the divine. The Greeks loved stories about fabulous works of nature and feats of engineering, and compiled many lists of “must see” monuments. This lecture focuses on the most famous of these catalogues of marvels, the Seven Wonders of the World. It describes the various monuments on this list and why they were so important. It also looks at the mentality of the ancient tourist that came to visit them and the industry that grew up to support their endeavour.

Professor Alastair Blanshard is the inaugural Paul Eliadis Professor of Classics and Ancient History at the University of Queensland. Alastair grew up in Brisbane, where he was an undergraduate before heading off to Cambridge to undertake his doctoral studies. Following his studies in Cambridge, he was a college lecturer at Merton College, Oxford and taught at the University of Reading. Prior to returning to Australia in 2005 to take up a position at the University of Sydney, Alastair held visiting fellowships at the Centre for Hellenic Studies in Washington and Corpus Christi College, Cambridge 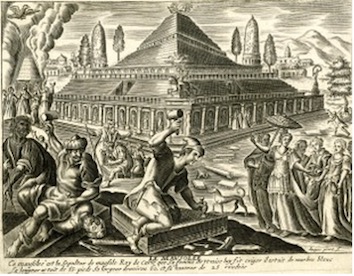 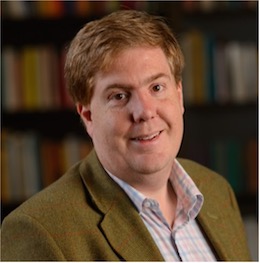 With her designs gracing the walls of hip nightclubs, homewares, travel goods and fashion, Florence Broadhurst has become a global phenomenon. Her vibrant wallpaper designs had all but been forgotten until her original silk printing screens were discovered by design company Signature Prints, languishing in a dusty warehouse. During her life she was the queen of reinvention, hiding her humble beginnings and passing herself off as a French couturier and an English aristocrat. She returned home to Australia to revolutionise the design industry of Sydney in the 60s and 70s, only to have it all come to a terrible end. Join Claudia Chan Shaw for a look at Florence Broadhurst’s fascinating life and the design legacy she left behind.

Sydney born creative Claudia Chan Shaw has a multi-faceted career as a fashion designer, television and radio presenter, author, public speaker, installation artist, photo artist, and curator. Claudia is perhaps best known for her role as co-host and presenter on ABC TV’s popular program, Collectors and her subsequent book Collectomania: From objects of desire to magnificent obsession. Claudia was curator for the Lunar New Year at World Square, Sydney (2019 – 2021), where she designed large art installations for the Year of the Pig, Rat and Ox. 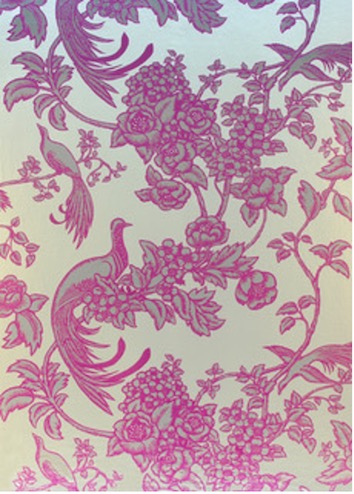 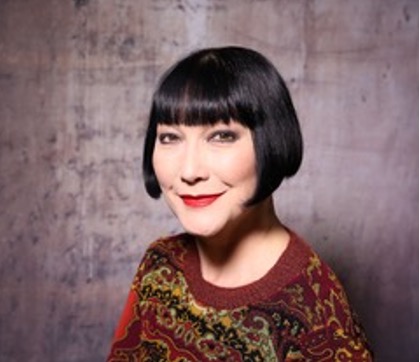 The story of Russia is inextricably linked to two contrasting cities – Moscow and St Petersburg. The Russian capital, Moscow, the historic seat of power with its impressive and world-famous landmarks like St Basil’s, the Kremlin and Red Square, and Saint Petersburg founded by Peter the Great as an artfully planned statement city of style and sophistication as doorway to the West. St Petersburg would for a time serve as capital of Russia, but Moscow with its long historical pedigree would always hold that special status. This lecture considers the fascinating cultural history of these two great cities and most importantly their incredible legacy of art and architecture.

Kenneth lives by the motto – ‘Life is a grand tour so make the most of it’. Kenneth W Park works as a lecturer, curator, tour leader/host and philanthropy/marketing/tourism consultant. Kenneth has served for over thirty years as the Curator of Collections and Philanthropy Associate, Wesley College Melbourne where he manages the archives and an extensive Australian art collection. 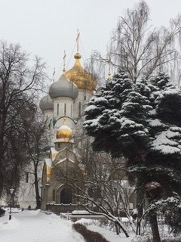 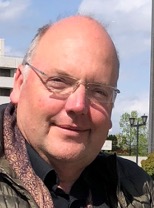 Whilst Robert talks about the life and times of JMW Turner, Catherine will take to the easel with oil paint, rags, scrapers and brush to give us a glimpse of Turner’s style and technique. Turner lived at a time of great social change and scientific invention. More than anyone else he recorded, in thousands of works of art, the transition of Britain from a rural to an industrial society.

Turner was a fascinating character, secretive, driven, penny pinching and generous, chaotic in the private life and fiercely patriotic.  He is regarded as one of the greatest nineteenth century painters, and his works are exhibited in galleries the world over.  His likeness appears on the twenty pound note a tribute that would have appealed to his vanity but contradicted his need for anonymity.

In 1976 Robert was appointed as a Lecturer in Theatre at the University of Southern Queensland. Over the next thirty-three years Robert taught acting and directed dozens of plays for the university’s Performance Centre.  Robert retired as senior lecturer in acting in 2009. Since that time Robert has worked for GP Connections and Medicare local.  In 2011 he established “Floodlight” a federal government funded organisation aimed at helping flood victims. 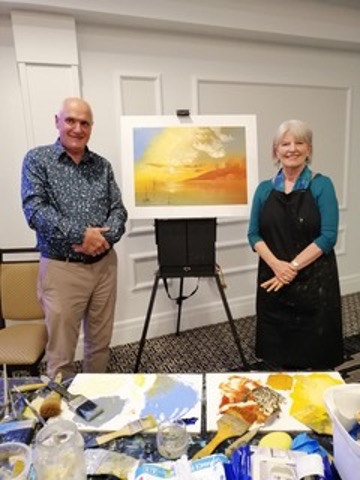 Scone Arts and Crafts is situated in Kingdon Street where adequate street parking is available.

ADFAS Scone encourages all who attend to be fully COVID-19 vaccinated to protect the health of all members, lecturers and visitors.

NSW Government COVID-19 rules will be in place for all lectures. Every effort will be made to provide an alternative should lectures not be able to proceed.