ADFAS Rockhampton enters its 28th year serving the area.  Members hail from both Rockhampton and the Capricorn Coast with some also attending from further afield. 2023 will see the return of expert speakers visiting from the UK and the Committee is preparing excursions to be enjoyed and ensuring a varied Arts in the Community program.

The area boasts a very active arts scene and the new Rockhampton Museum of Arts by the iconic Fitzroy River is on everyone’s ‘to do’ list. If you are in the area and interested in Art in whatever form, come along to travel the world’s galleries, collections and masterpieces here in Rockhampton – you are welcome either as a visitor or (most economically) as a member to enjoy a convivial opportunity for partaking in ‘Knowledge through Enjoyment’ via our wonderfully illustrated and presented lectures followed by a generous, reviving morning tea.

Time:
Lectures are on a Saturday and begin at 10:30 am. with refreshments afterwards

Guests welcome:
Visitors are welcome to attend lectures for $25 per lecture which includes morning tea with the lecturer.
Visitors from other ADFAS societies $15 per lecture

This is an opportunity for those who are unfamiliar with ADFAS Rockhampton to find out about this society and sample its wares.

The morning will start with an introduction to the Australian Decorative Fine Arts Society – what it is and what it does and provide an opportunity to meet the 2023 committee.  This will be followed by an illustrated presentation by a local artist ‘Jacky Chan – Oil Painter’. The traditional scrumptious morning tea will conclude the morning.

Jacky trained as a classical realist oil painter at the Florence Academy of Art where he then taught for several years.

FREE to attend – all welcome

An evening at the ballet with wonderful music – primarily an exploration of the music chosen by ballet choreographers through the years, proving that the right piece with the right moves and design can create modern masterpieces and timeless classics.  We transition through the grandness of Imperial Russia with Swan Lake and Sleeping Beauty into the current modern repertoire of The Royal Ballet.

Nigel Bates is the Music Administrator of The Royal Ballet and has been a performer for forty years in and out of the Royal Opera House (ROH), including seventeen years as Principal Percussionist with the Orchestra. He has worked with many leading figures in the classical music industry and was a producer for the BBC’s Maestro at the Opera and Pappano’s Classical Voices documentary series. He is a regular contributor to the printed and online content of the ROH. Nigel lectures to arts societies and conservatoires in the UK and across Australia. 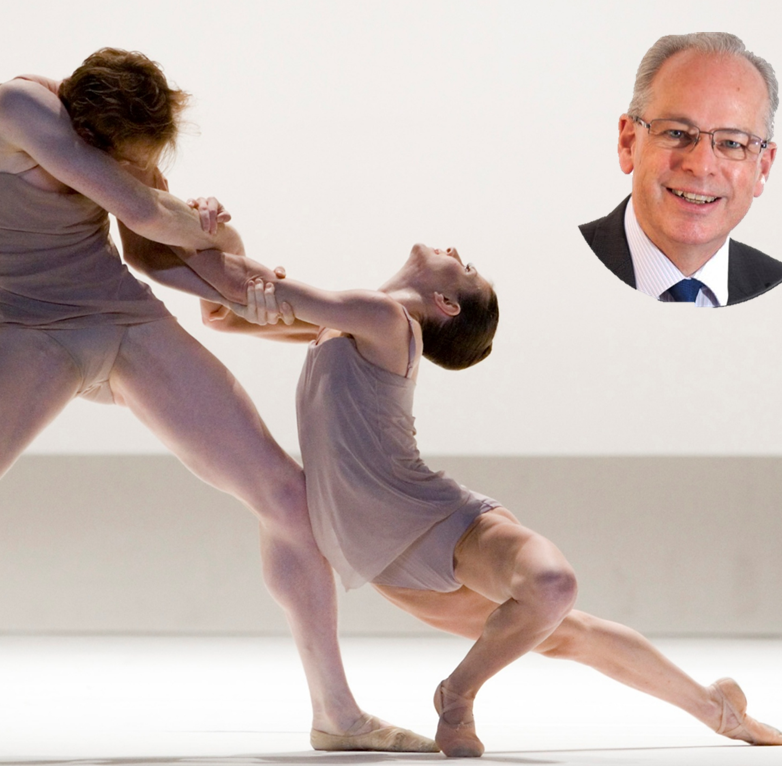 An opportunity to explore life backstage at London’s Royal Opera House, the flagship of the British Arts World, and the tribulations and triumphs of working with The Royal Opera and The Royal Ballet companies. We look at the way artistic inspirations, the people involved, and this very special building all function together to create world-class opera and ballet in a unique environment, the workplace of more than a thousand people.  The history and architecture of the building, costume and set design are discussed, along with production values and the way daily performances and rehearsals all fit into this elegant Victorian theatre. It looks at how the digital age has been embraced by the opera and ballet worlds and will include performance videoclips.

Nigel Bates is the Music Administrator of The Royal Ballet and has been a performer for forty years in and out of the Royal Opera House (ROH), including seventeen years as Principal Percussionist with the Orchestra. He has worked with many leading figures in the classical music industry and was a producer for the BBC’s Maestro at the Opera and Pappano’s Classical Voices documentary series. He is a regular contributor to the printed and online content of the ROH. Nigel lectures to arts societies and conservatoires in the UK and across Australia.

$35 to attend, includes refreshments – all welcome 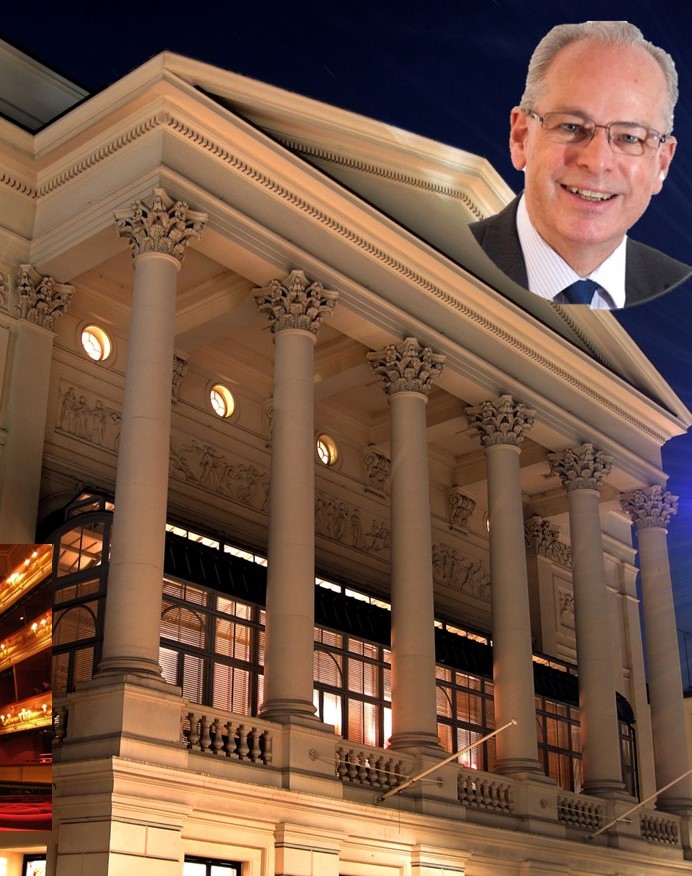 Claudia Chan Shaw developed a penchant for collecting of all kinds at a young age – tin robots, Humphrey Bogart posters and much more.  As she grew older, she realised it had become an obsession and that there were others who felt the same. As host of the ABC TV series, Collectors, Claudia would encounter many people of the same ilk, people for whom one Bakelite radio or first edition was too little and 100 of them was not enough. In this richly illustrated lecture, Claudia Chan Shaw takes us into the mind of the collector.

Sydney born creative Claudia Chan Shaw has a multi-faceted career as a fashion designer, television and radio presenter, author, public speaker, installation artist, photo artist, and curator. With a BA in Visual Communication Design from Sydney College of the Arts, she is co-designer and director for the internationally acclaimed Australian fashion label, Vivian Chan Shaw, renowned for its exquisite handmade knitwear and jewellery and represented in the permanent collection of the Powerhouse Museum, Sydney. 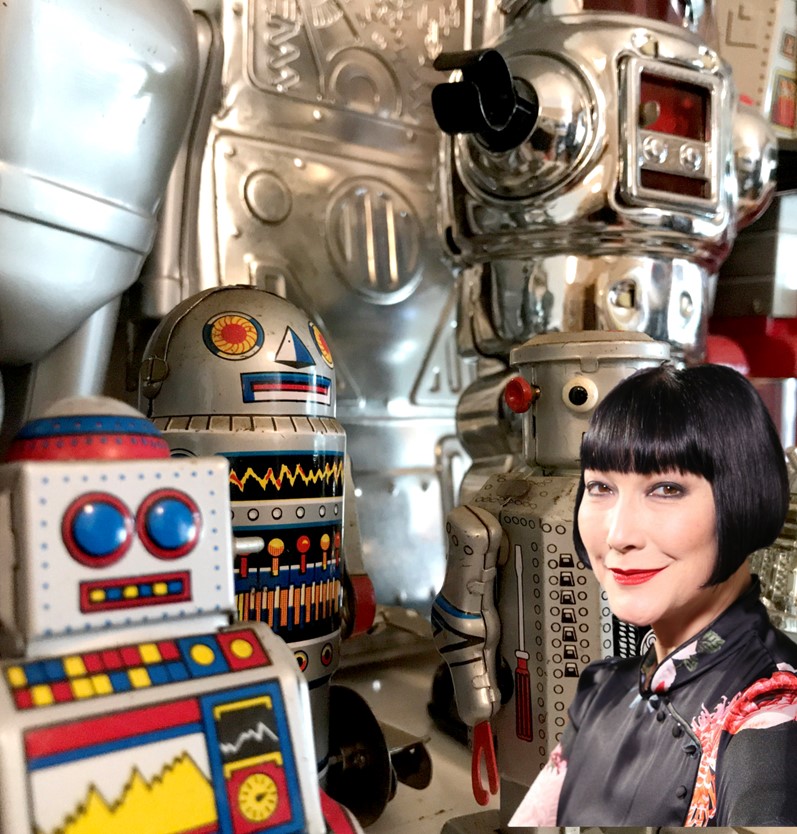 Saturday 6 May 2023
HOW RUSSIA SOLD OFF MUCH OF ITS CULTURAL HERITAGE FOLLOWING THE REVOLUTION
Presented by Dr Tom Flynn
Time & Venue: 10.30am St Theresa’s Church, corner Albert & Bolsover Streets, Rockhampton

Unlike the widely publicised looting of Jewish collections by the Nazis during WWII, the wholesale dispersal of Russia’s cultural heritage during the inter-war period is rarely discussed. This lecture looks at how the Russian Revolutionary authorities sold off vast quantities of their country’s valuable art treasures following the Bolshevik Revolution of 1917 to raise hard currency. Sometimes referred to as “Treasures into Tractors,” the process effectively confiscated and sold off the contents of Russia’s churches, libraries, monasteries, museums, and aristocratic private collections, thereby dispersing much of the country’s cultural treasures to the far corners of the world. Dr Flynn uncovers the extraordinary events that unfolded after the Revolution.

Dr Tom Flynn is an art historian, writer, and art consultant. He holds a PhD and a BA Honours degree (First Class) in Art History from the University of Sussex, and a Masters in Design History from the Royal College of Art. He has written for numerous international art publications and is the author of The Body in Sculpture (Everyman Art Library, 1998). His interests include contemporary art; sculpture history; museology and the history of museums; art crime; issues in cultural heritage; and the development and professional practice of the European art markets. 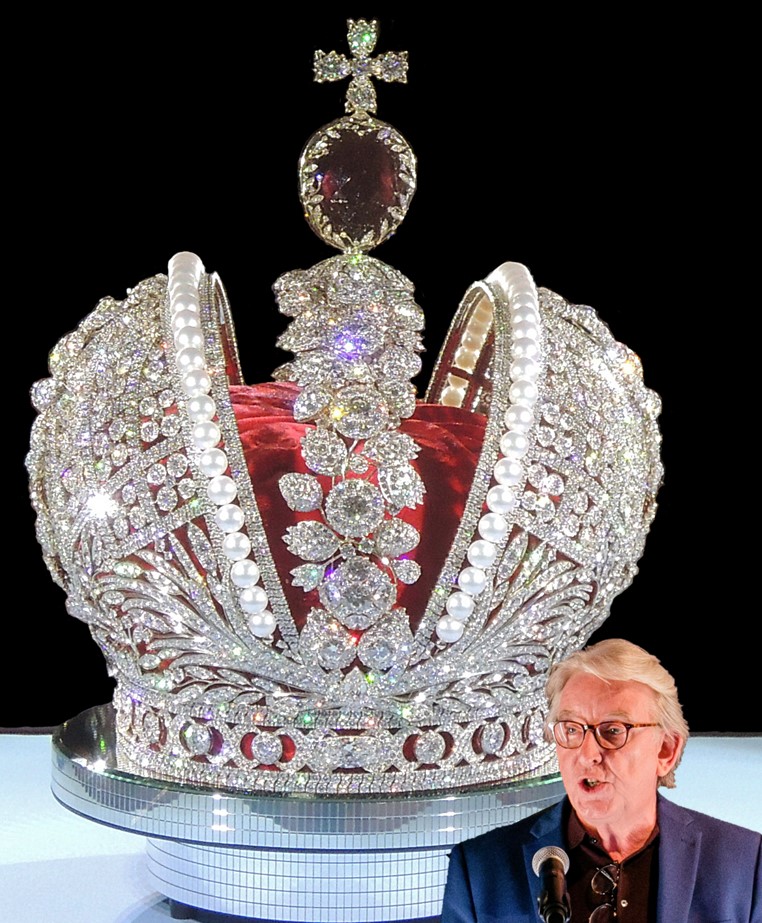 Leigh will introduce the origins of art in Australia following white settlement and the earliest, most influential Australian women artists of the late 19th century. He will discuss the struggle of female artists against their limited social, cultural & political roles following Federation. The rise of Modern Art saw the mass exodus of prospective artists to train in Europe and Leigh will track their experiences and triumphant return as pioneers of Australian Modernism. Leigh will look also at Post War & Mid Century Artists, influential collectives such as the Heide Circle and the Sydney Charm School, the early female abstract artists of the 1950s & 1960s and, to finish, he will assess the influence of Indigenous women artists in shaping Contemporary art in Australia.

Pioneer of Pop Art, his New York studio, The Factory, was the place to be in the 1960s and ‘70s. Andy Warhol was a prolific creator: illustrator, printer, filmmaker, manager of rock band The Velvet Underground, founder of Interview magazine, author of numerous books, creator of iconic pop images of Marilyn, Jackie and Elvis, soup can and coke bottle, and coiner of the expression ‘15 minutes of fame’ Warhol’s own fame continues long after his death, as Prince of Pop Art. This lecture will take all on a trip down memory lane with an opportunity to find out the background to all Andy’s iconic creations.

Lucrezia Walker is a lecturer and gallery guide at the National Gallery in London. She liaises with the Gallery’s corporate sponsors and with the Tate Gallery and the Tate Modern. She teaches US undergraduates on their Study Abroad semesters in London and was Lay Canon for the Visual Arts at St Paul’s Cathedral 2010-2014. 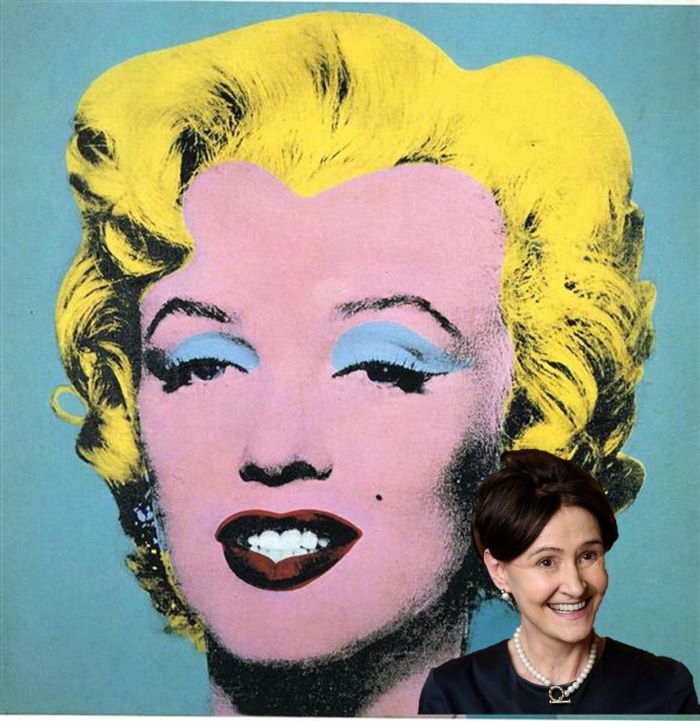 In Africa, art has been used to replace a postal service, help with marriage problems and deal with unruly teenagers. Yet its seemingly exotic aesthetics is in many ways much closer to Western art than one may assume. This easy-going introduction into African art focuses on general misconceptions, basic facts, the influences of Africa on Europe and vice versa. It also provides guidance as to how to look at African art and how to learn more.

Nirvana Romell holds a BA in the History of Art and an MA in English Language and Literature. She has lectured for over 20 years on three continents. Nirvana arrived in the UK in 2003, where she works as a freelance lecturer, public programmes’ consultant and tour director. She regularly presents art history courses and trains staff and volunteers, at institutions such as the Manchester Art Gallery, the Walker Gallery in Liverpool and the University of Manchester. She organises and presents tours of exhibitions across the UK and Europe, and study tours in Europe and South Africa.

Pubs and their signs are a fundamental part of UK history and cultural heritage. In this colourful and entertaining lecture John shows some of the most interesting and distinctive signs before exploring the fascinating stories behind the origin of some of their peculiar names. Who could fail to be intrigued by ‘The Bucket of Blood,’ the ‘Cow and Snuffers’ or even the ‘Eager Poet’ – and who on earth was ‘Blind Jack’?

John was Director of Studies in the School of Education and lecturer at the University of Bath. He has worked extensively overseas as an educational consultant and has given lectures and presentations at conferences all over the world. In 2008 and 2011 John undertook extensive lecture tours in Australia and has been a popular speaker for The Arts Society in the UK for many years. Professionally, John has a particular interest in presentation skills, including the role of pictures in learning and the appropriate use of the PowerPoint program. 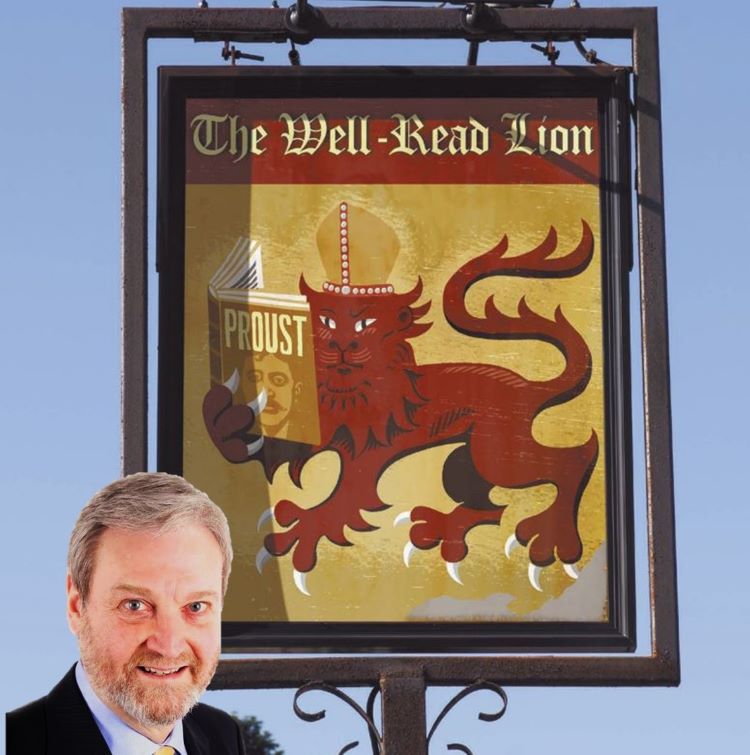 Of late, the top end of the art market has flourished, and collectors will pay astonishing amounts to own a modern masterpiece. This lecture explores the works that have sold for over $100 million and is an excuse to examine some beautiful and varied art. We’ll see wonderful paintings by Picasso, Cezanne, Leonardo, Rembrandt, Modigliani, Klimt, Bacon and Pollock, all held together by the common thread of their extraordinary commercial value. We will also look at the buyers and sellers, the stories behind the works, the reasons for changing hands and will try to answer the question “Are they really worth hundreds of millions of dollars?”

Londoner Ian Swankie has a passion for art and architecture. He is an official guide at Tate Modern, Tate Britain, Guildhall Art Gallery and St Paul’s Cathedral. He is also a qualified and active freelance London guide and leads regular tours for various corporations and organisations. Since 2012 he has led a popular weekly independent art lecture group in his hometown of Richmond, West London. He is an accredited lecturer for The Arts Society, and a Freeman of the Worshipful Company of Art Scholars, one of the City Livery Companies.