ADFAS Riverina is based in Wagga Wagga, we have a series of fantastic talks on topics as diverse as fine art, music, garden design, architecture, social history and culture. From Byzantium to Birmingham, figureheads to friezes, Rome to Rodin, tent-makers of Cairo to tapestries in court, and from Hogarth to Hockney, you’ll be surprised and delighted at what you can learn. There’s always something of interest for everyone. We welcome anyone with any interest in anything cultural, or just an inquisitive mind.

Time:
Arrive at 5.30 for 6pm start, see program below for dates.

There is a huge range of art to look at today and due to the impact of globalisation, we can now view recent art from different countries all over the world. Much of this work is exhibited in museums or sold at auction, but how do we make sense of it all?  In this talk, I look at a range of artists from diverse continents and discuss how their work relates to their specific place and time. Covering geographical regions including Eastern Europe, China, Africa, the Middle East and South America, my talk provides a ‘way in’ to the richness of global art today.

Anna Moszynska is a London-based lecturer and writer specialising in contemporary art.  She has taught at Sotheby’s Institute, The City Lit, the Royal Academy and Tate London plus lectured in cities ranging from Dubai to New York. Anna’s books include Abstract Art (1990) and Sculpture Now (2013), both published by Thames & Hudson. She enjoys introducing art to audiences in a lively and approachable way to make modern and contemporary art both accessible and interesting. 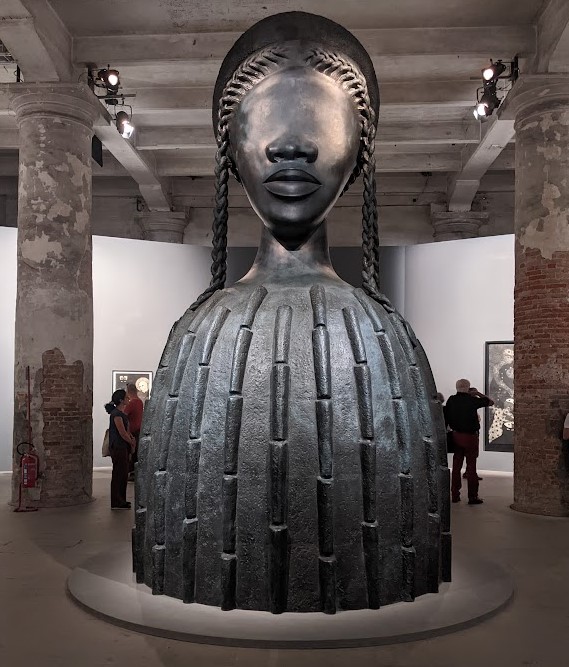 The role of sculpture has changed substantially in recent times. This lecture considers how the concept of monument and memorial, familiar since classical antiquity, shifts towards other concerns. We discuss how sculpture now plays a vitally important role in terms of site in the city; how the sculpture park comes into being in Britain in the mid-20th century, thanks to the efforts of Henry Moore, and grows exponentially across the globe; how water has attracted artists to make exceptional works in or alongside it; and not least, how sculpture has become a challenging and exciting space for social encounter. This lecture includes Tracey Emin, Antony Gormley, Anish Kapoor, Richard Long, Claes Oldenburg, Cornelia Parker and Rachel Whiteread – artists who also feature in Anna’s book, Sculpture Now.

Anna Moszynska is a London-based lecturer and writer specialising in contemporary art.  She has taught at Sotheby’s Institute, The City Lit, the Royal Academy and Tate London plus lectured in cities ranging from Dubai to New York. Anna’s books include Abstract Art (1990) and Sculpture Now (2013), both published by Thames & Hudson. She enjoys introducing art to audiences in a lively and approachable way to make modern and contemporary art both accessible and interesting.

The Strauss family may have dominated musical life in 19th century Vienna, but other composers also wrote some beautiful waltzes and operettas.  We look at the golden age of Viennese music, featuring the works of Josef Lanner, Karl Millocker, Carl Michael Ziehrer and others.

Ian Gledhill has had a very varied career, from designing underground railways as an engineer for London Transport, to appearing in pantomime with Julian Clary. In between, he has worked in travel and tourism, music publishing, television, and especially the theatre, where he has been an actor, director, set designer, stage manager and opera translator. His main interests include architecture, history, transport, and classical music. 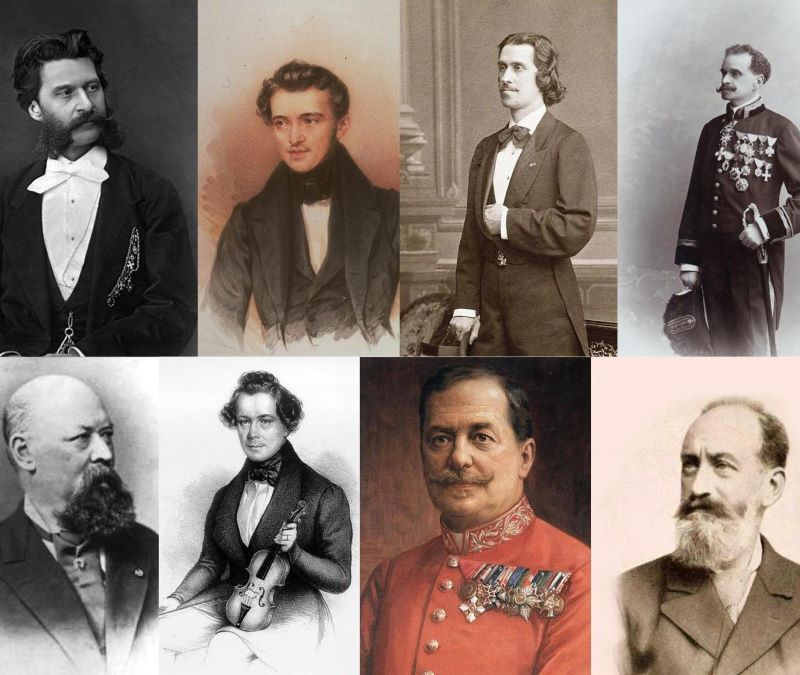 Over the past 30 years, contemporary rammed earth walls have become a much loved building material for Australian architects who understand its unique thermal and aesthetic benefits.

No other walling system offers the same “humble majesty” of these walls (as described by a recent client). In an era of rising concern for our environmental future, rammed earth walling can offer low embodied energy, very high thermal mass and with ISE, our insulated external wall system, high R value as well.

Rick Lindsay is the MD of Earth Structures, and a local Wagga person originally. He has worked around the world on sustainable building design technology.

Jazz is one of the Twentieth Century’s most important musical genres: a fascinating blend of rigorous structure, free-wheeling creativity, close-knit ensemble work and improvisation. Sandy Burnett’s lecture covers the early years of jazz from its very beginnings and the first ever recordings made just over a century ago through to the start of the Second World War. Sandy’s illustrations range from early pre-impressions by Maurice Ravel and others and the very earliest jazz recordings through to classics by Louis Armstrong’s Hot Five, the Duke Ellington Orchestra, and the dawn of the Swing Era.

Sandy is one of the UK’s most versatile music commentators, enjoying a career that combines broadcasting, performing, and lecturing. He has worked as music director for the RSC, National Theatre and for a decade as one of the core team of presenters on BBC Radio 3. Additionally, he is a highly sought-after double bassist on the London jazz scene and was appointed the Academy of Ancient Music’s Hogwood Fellow for the 2018-19 season. 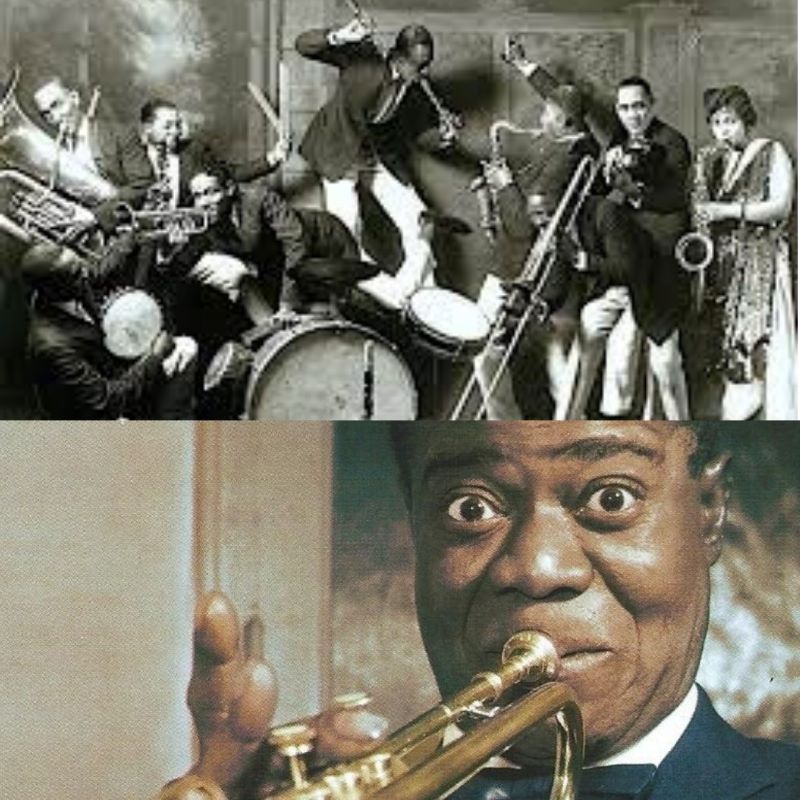 From the 1890s to the 1960s, Winston Churchill’s life was captured in countless photographs. He was a prolific writer and speechmaker – the definitive edition of his speeches alone runs to four volumes. He was a successful and enthusiastic artist, producing some 500 paintings in a span of over fifty years.

Churchill was a complex and sensitive man of many parts and many interests – a discriminating contemporary, Kenneth Clark, was to write of him, “I have never been frightened by anyone except Churchill … he was a man of a wonderful and very powerful mind”. The aim of this lecture is to try to capture the richness, diversity and achievements of this great man’s life and character.

Born on the Isles of Scilly and educated at Truro School, Cornwall, and Birmingham University, Mark’s career has been spent in education and training at home and abroad. He has lectured at Exeter College on Medieval and Tudor history, St Mark’s & St John’s University College, Plymouth, and at Bath University on Anglo Saxon and medieval England. Currently Mark runs two small companies providing training and study breaks. 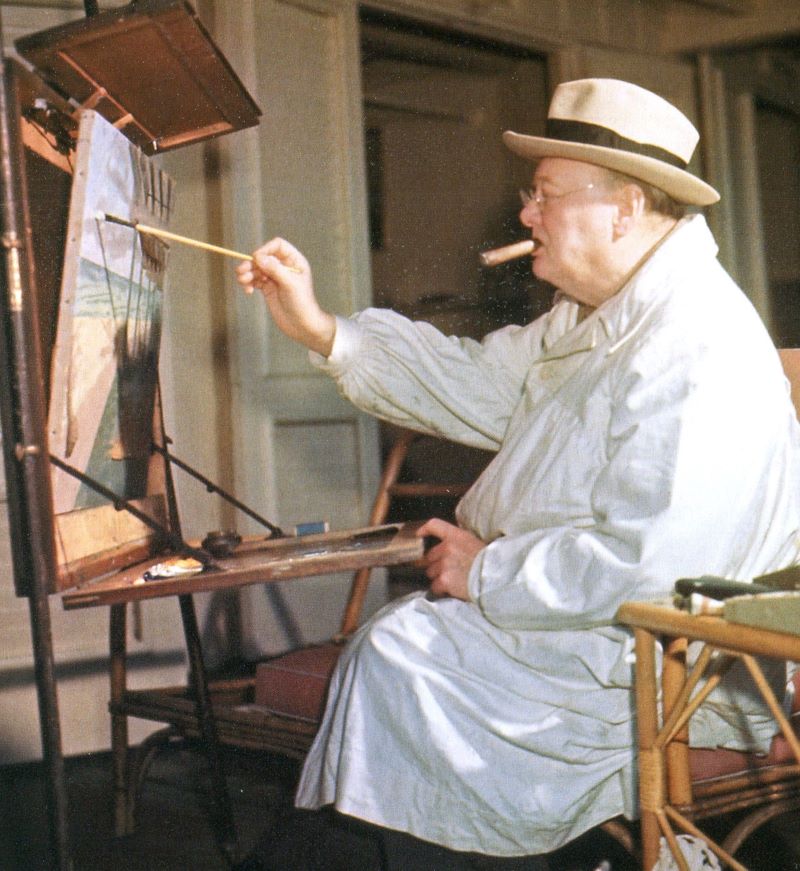 The kimono, literally meaning ‘wear’ (ki) and ‘thing’ (mono), is a traditional garment worn by both men and women in Japan. But it is so much more than that. Rich in symbolism and encapsulating the best in textile design and techniques through the ages, the kimono has a fascinating history that reflects wider aspects of Japanese life and culture. From everyday kimono to wedding kimono to the elaborate dress of Japanese geisha, this lecture will trace the story of the kimono, its past and its present, and the place that it occupies in the world of contemporary fashion.

Professor Conte-Helm is a long-established lecturer of The Arts Society with a BA in History of Art and an MA in Asian Art. She has held senior academic positions at various UK universities, is widely published and has lectured throughout the UK and abroad. She was awarded an OBE for services to UK-Japan educational and cultural relations, and the Order of the Rising Sun, Gold Rays with Rosette by the Government of Japan. 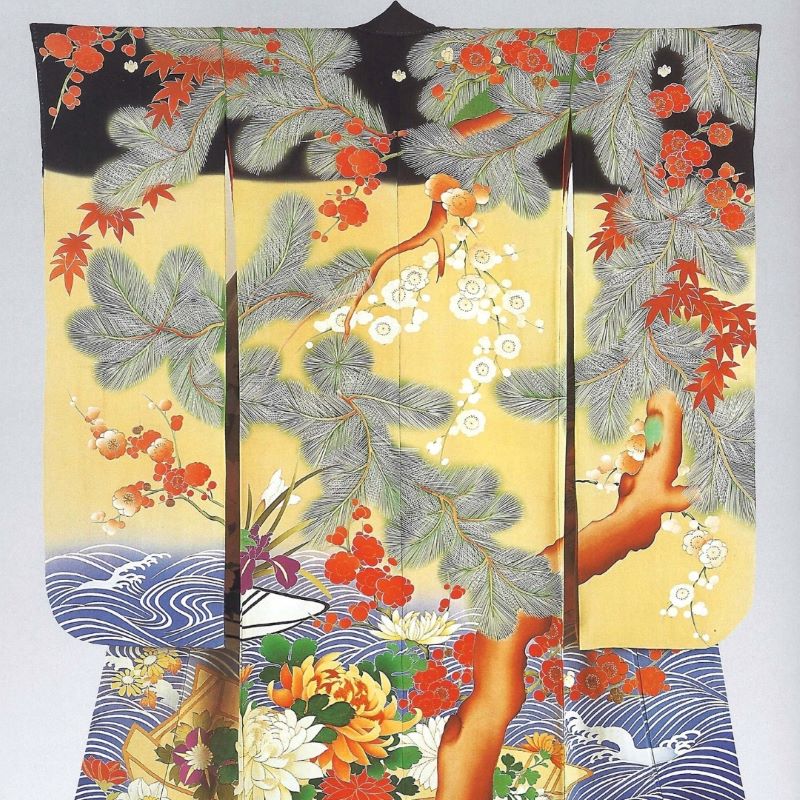