Newcastle is the home of the Awabakal people and lies approximately one hundred and sixty kilometres north of Sydney. European settlement started as a penal colony in 1797. It shares with its namesake, Newcastle upon Tyne a history of coalmining and heavy industry, with placenames such as Jesmond, Hexham, Wickham and Wallsend.

It is a post- industrial university city and is the largest city outside most Australian capital cities and boasts one of the busiest ports in the country. Newcastle also has a great deal to offer in its lifestyle with wonderful beaches, the largest salt water lake in Australia and world class vineyards close by. It also has a thriving arts community with many art galleries and a strong performance culture both in dance and theatre.

Newcastle ADFAS is a thriving Society with approximately 200 members. As well as hosting nine lectures a year and two special interest mornings the members are also involved in Church Recording, School of Arts recording and raising funds to support Young Arts through grants. In 2021 the Society received the prestigious Marsh Award for their community activities. The presentation to the Marsh Committee can be seen on this link https://www.youtube.com/watch?v=D1cr4WlOL8U 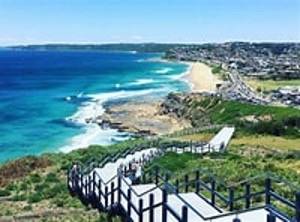 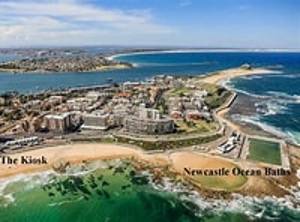 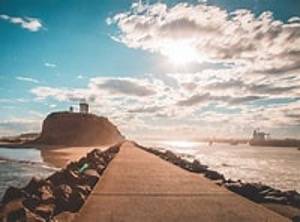 Symmetry is one of the fundamental organising principles of the universe – so pervasive that we tend to take it for granted. But, consciously or subconsciously, symmetries and broken symmetries influence our behaviour. From finding a mate to selling products, symmetry is always lurking in the background, and this lecture examines the fascinating roles of symmetry in the visual world.

A past winner of the ABC Young Conductor of the Year Award, David has conducted many of Australia’s leading orchestras and ensembles, including the Queensland Symphony, Queensland Philharmonic, Opera Queensland, Queensland Ballet, AdelaideSymphony, West Australian Symphony, Queensland Youth Symphony and Sydney Youth Philharmonic. David is active as a researcher in the area of symmetry and symmetry breaking in music, and his output has included collaborations with scientists including Giuseppe Caglioti (Politecnico di Milano) and Roger Smith (Hunter Medical Research Institute). David is a member of the Executive Board of the International Symmetry Association.​ 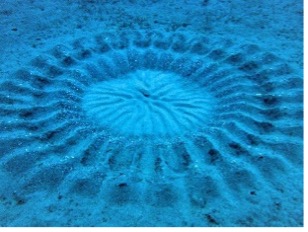 The Hans Heysen story of the artist who opened Australians’ eyes to the beauty of the bush and inland, is well known. More recently, his daughter Nora has stepped out of the shadows of her father’s reputation to claim her own place within Australian art as the first woman to be appointed an Australian war artist and to win the Archibald Prize, and as an artist in her own right. This lecture traces a unique story of two creative journeys separated by an independence of spirit but linked by a love of art.

John is an Adelaide-based independent author, curator, formerly Head of Education, Art Gallery of South Australia, and one of Australia’s most experienced art critics. In 2014 he won the national Scarlett Award for critical writing in the visual arts. He has written numerous catalogue essays and reviews and several books on nationally prominent artists, including Hans Heysen. 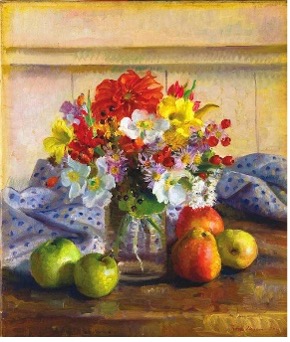 The huts of the Ross Sea region from where Ernest Shackleton and Captain Robert Scott set off to explore Antarctica between 1901 and 1912 still contain many artefacts from their expeditions. Since 2002 Julian Bickersteth has been the conservator advising on the care of these collections. In a richly illustrated lecture drawing on his own visits there, Julian will discuss the challenges of cold climate conservation and the extraordinary and sometimes tragic stories of the Heroic Era of Antarctic exploration.

Like many conservators, Julian came to conservation through a varied route including a degree in theology from Oxford, a merchant bank, teaching at Timbertop and clavichord making. He joined the Powerhouse Museum in Sydney as their first furniture conservator, and then founded ICS in 1987. This is now Australia’s largest conservation practice operating out of Sydney, Canberra and Melbourne and employing 36 people.  Julian is currently the President of IIC, the International Institute for Conservation. 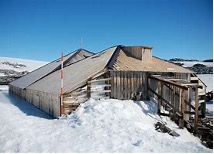 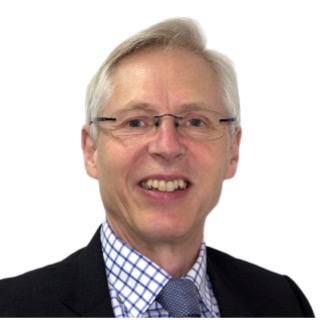 We celebrate iconic paintings such as Claude Monet’s Impression, soleil levant (1872) and Pierre Auguste Renoir’s Dance at the Moulin de la Galette (1876) as marking the triumph of ‘Impressionism” in France, one of the most recognisable and cherished of all painting styles.

Some of our most loved and famous paintings are of the beautiful French countryside. This lecture explores the paintings of Millet, Courbet, Van Gogh, Cézanne, Monet and others in the 1840-1920 period. 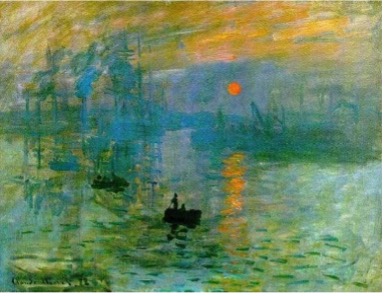 The lecture will examine the harrowing story of an outstanding portraitist caught in the deadly divisions of Revolution. Copley, born in 1783 to poor Irish parents in Boston, became a highly sought after painter of the professional and mercantile elites of this small colonial port. Increasing friction between Britain and her American colonies after 1763 polarised this elite into warring camps. Copley found himself caught between old friends and family and had to make a choice which would change his life tragically and permanently.

Peter McPhee was appointed to a Personal Chair in History at the University of Melbourne in 1993.  He was Deputy Vice-Chancellor and Provost of the University from 2003 to 2009. He has published widely on the history of France during the tumultuous years of the French Revolution and its aftermath, for example, A Social History of France 1789-1914 (2004), Robespierre: a Revolutionary Life (2012), and, most recently Liberty or Death: the French Revolution (2016). 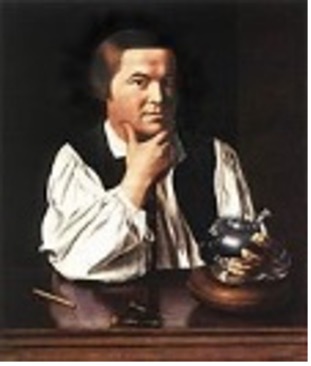 25 July 2022
Off the Page: Persian Arts in the Medieval and Pre-Modern Islamic World
Susan Scollay
Hunter School of the Performing Arts Theatre, Broadmeadow. Commencing at 6.30pm.

Classic Persian stories copied into illuminated manuscripts illustrated by exquisite miniature paintings represent one of the highest achievements in the history of the art of the book. Produced in palaces or other elite workshops from the 13th to 18th centuries, these literary works often served as guides to courtly dress, manners and values in territories such as Ottoman Turkey and Mughal India. This lecture will examine the content and ‘look’ of the books that circulated in the medieval and later Persianate world.

Susan is an art historian and curator specialising in the arts and culture of the Islamic world and in historic textiles. She is an honorary senior research fellow in art history and curatorship at the University of Melbourne; a contributing editor to the prestigious London journal, HALI: carpet, textile and Islamic art; and a regular lecturer to a wide range of academic and cultural institutions and special interest groups in Australia and internationally. 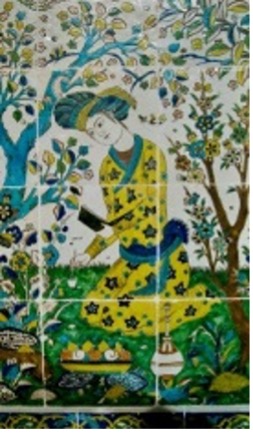 Fashion is what’s in vogue, the latest trend, the up to the minute. Fashion is ever changing. Yet 100 years on, the designs and ideas created by Coco Chanel are just as relevant today. We have Chanel to thank for popularising the Little Black Dress, championing pants for women, and creating the first designer branded fragrance.

With her designs gracing the walls of hip nightclubs, homewares, travel goods and fashion, Florence Broadhurst has become a global phenomenon. Her vibrant wallpaper designs had all but been forgotten until design company Signature Prints, discovered her original silk printing screens languishing in a dusty warehouse. 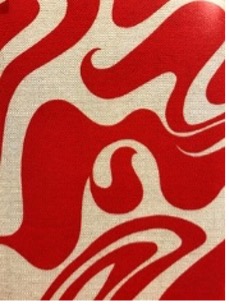 From an incinerator designed by Walter Burley Griffin to the local cinema, pub and milk bar, Art Deco design was not limited to the elegant office buildings of bustling downtown Sydney of the 1930s. Sydney’s smart set were early adopters embracing the style at every level. Join Claudia Chan Shaw for an exploration of Art Deco Sydney, a visual culture defined not only through architecture, but also through graphic and interior design, the decorative arts and photography.

Sydney born creative Claudia Chan Shaw has a multi-faceted career as a fashion designer, television and radio presenter, author, public speaker, installation artist, photo artist, and curator. With a BA in Visual Communication Design from Sydney College of the Arts, she is co-designer and director for the internationally acclaimed Australian fashion label, Vivian Chan Shaw.  The label is renowned for its exquisite handmade knitwear and jewellery. The designs are represented in the permanent collection of the Powerhouse Museum, Sydney.Claudia is perhaps best known for her role as co-host and presenter on ABC TV’s popular program, Collectors and her subsequent book Collectomania: From objects of desire to magnificent obsession. 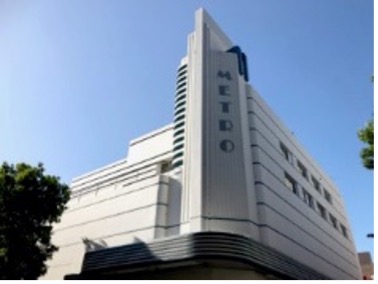 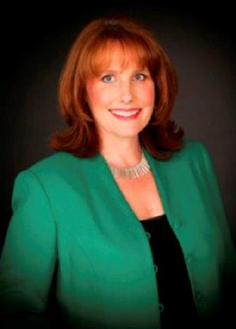 The toppling and vandalising of prominent statues around the world has been an all-too-frequent news item in recent times. Citing the alleged moral failure or criminal culpability of the toppled subjects, the wrath of outraged crowds has focused on grand sculptural representations of kings, presidents, dictators and celebrated historical identities including Christopher Columbus, Captain James Cook, assorted Confederate generals and Cecil Rhodes. But this is hardly a modern-day phenomenon.

Geoffrey Edwards was Director of the Geelong Art Gallery, one of Australia’s oldest and largest regional galleries.   Prior to this appointment, he held Senior Curatorial positions at the National Gallery of Victoria where he was in charge of the collections of International and Australian sculpture and Melbourne’s celebrated holdings of ancient, antique and modern glass. 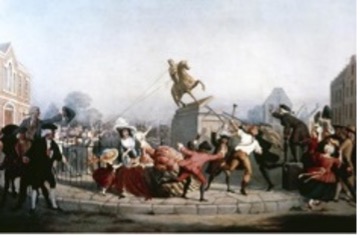 Turner lived at a time of great social change and scientific invention. More than anyone else he recorded, in thousands of works of art, the transition of Britain from a rural to an industrial society. Turner was a fascinating character, secretive, driven, penny pinching and generous, chaotic in his private life and fiercely patriotic. He is regarded as one of the greatest nineteenth century painters, and his works are exhibited in galleries the world over. During the lecture Catherine Ketton will create a painting in the style of Turner.

In 1976 Robert was appointed as a lecturer in Theatre at the University of Southern Queensland. Over the next thirty- three years Robert taught acting and directed dozens of plays for the university’s Performance Centre. Robert retired as senior lecturer in 2009. Robert has a number of published books and plays and is currently working on an illustrated children’s book with his wife, Catherine.

The Hunter School of the Performing Arts Broadmeadow on nine Monday evenings at 6.30pm.  Parking on site.

$20 per lecture
Members of other ADFAS Societies: $5
Bookings essential. RSVP to secretary@adfasnewcastle.org.au