ADFAS Pokolbin is based in the heart of the Hunter Valley.  Our lectures are held at the Cessnock Performing Arts Centre, on the Corner Vincent Street and Aberdare Road, Cessnock. Lectures start promptly at 7pm (arrive by 6.45).

Following each lecture, members and guests enjoy a generous supper accompanied by local wines.  Visitors are welcome: $30 (prior notice to the Secretary is appreciated). No charge for students, or Members of other ADFAS societies.

Membership Secretary:
*Not yet appointed

A valley in Cornwall in the early 1900s is the setting for this lecture, which focuses on the husband and wife artists, Harold and Laura Knight. Catherine Wallace will look at how Laura’s approach to painting changed during their time in Cornwall, and at the work of Harold, who preferred to paint beautiful young women in the quiet of his studio.

Catherine holds a degree in Fine Art from Canterbury College of Art, and a Masters from St Andrews. She was a curator of Falmouth Art Gallery from 1993 through to 2000. She has been a freelance exhibition organiser, author and lecturer since then. Catherine now delivers courses in Cornwall on the history of Cornish Art and also runs Study Holidays with an itinerary of lectures, cultural visits, including museums and places of interest in Cornwall. 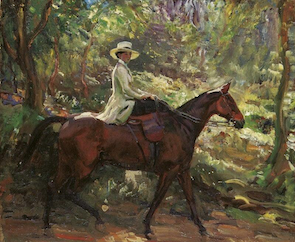 This much-anticipated lecture tells the story of the American regionalist movement, and seeks to look beyond the movement’s best-known work (Grant Wood’s American Gothic) to its deeply felt and widely discussed philosophical and artistic foundations.

Matthew grew up in the Hunter Valley is now a lecturer and research fellow in politics at Monash University. He is a long-time student of United States history, politics and culture, and worked as an intern in the US Congress. Dr Laing runs annual tours to the USA through Academy Travel. 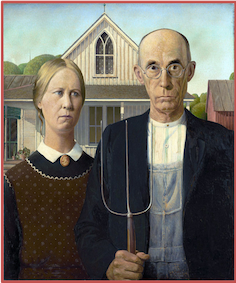 11 May 2020
PHRASES AND SAYINGS: The Etymology of the City of London
Alan Read MA MITG – The Arts Society

This is an exploration of the original meanings behind historical phrases and sayings, which are part of everyday speech. Even if you have to ‘rob Peter to pay Paul’ and it’s ‘raining cats and dogs’, you’d be ‘barking mad’ to miss this lecture.

Alan holds a Master’s and First Class Honours Degree in History of Art from Birkbeck College, London. He is a gallery guide at Tate Britain, Tate Modern, National Portrait Gallery and for Frieze Masters and regularly lectures at the NPG, Dulwich Picture Gallery, Plymouth City Art Gallery and other galleries in the UK. He also works as a London Blue Badge Guide and a City of London Guide. 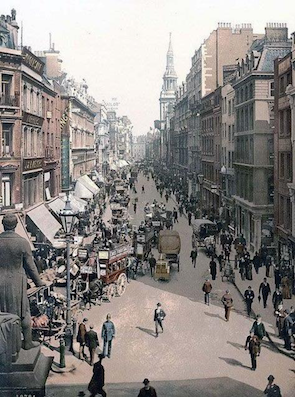 From the mid-nineteenth century, the emergence of the great department stores changed the face of the British High Street, and revolutionised the way we shopped. This lecture looks at how new innovative design and new technologies – such as moving staircases and plate glass window – enticed customers into the new retail palaces.

A Senior Lecturer at Falmouth University, Kate teaches history and contextual studies to fashion and textile students; she is also a Specialist Visiting Lecturer at the DeTao Masters Academy in Shanghai. Kate has worked with objects of dress and textiles in museums for almost twenty years in curatorial positions. She is also one of the youngest practitioners of the dying art of producing handmade Honiton lace. 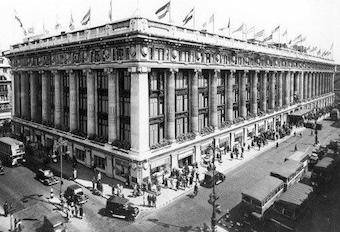 This is the gripping and sometimes hilarious story of how a band of heroic curators and eccentric custodians saved Britain’s national heritage. As Hitler’s forces gathered, men and women from London’s national museums, galleries and archives forged extraordinary plans to evacuate their collections to safety. This is the tale of a race against time, during the sweltering summer of 1939.

Dr Caroline Shenton was formerly Director of the Parliamentary Archives in London, and a senior archivist at the National Archives. Her book The Day Parliament Burned Down won the Political Book of the Year Award in 2013 and its acclaimed sequel, Mr Barry’s War, was a Book of the Year in 2016. Caroline has appeared at the Cheltenham, Hay and Henley literary festivals and on BBC radio and TV. 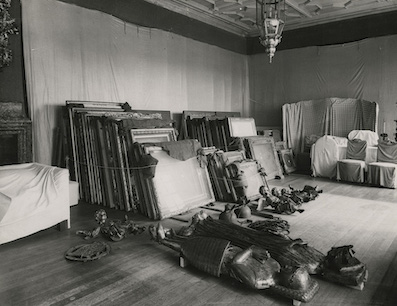 Classical music reached a peak of perfection in Vienna in the late eighteenth century, when every aristocratic household worth its salt had a band of musicians to keep everyone entertained. In this talk, Sandy examines the perfect storm of circumstances that made this extraordinary era possible, and considers the remarkable figure of Wolfgang Amadeus Mozart, a musician prized – and mythologised – as one of the greatest ever known.

After studying music at St Catharine’s College, Cambridge, and working as music director for the RSC, National Theatre and in London’s West End, Sandy spent a decade as a music presenter on BBC Radio 3. His career has embraced broadcasting, conducting, and playing double bass. He regularly leads cultural lecture holidays, is the author of the Idler Guide to Classical Music, and was appointed the Academy of Ancient Music’s Hogwood Fellow for the 2018-19 season. 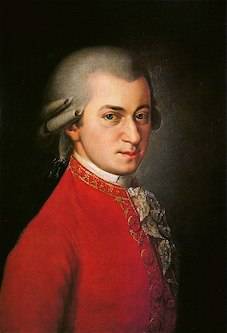 Peder Severin Krøyer was one of Europe’s most celebrated artists by the end of the 19th century. This lecture explores Krøyer’s life and work in Skagen, the Danish artists’ colony at the northernmost tip of Denmark and evaluates the paintings that created such renown.

Kathy McLauchlan is a lecturer specialising in nineteenth-century art history. She is currently a course director at the Victoria & Albert Museum, organising courses and study days on the history of art and design. She teaches at several institutions, including the Arts Society and Art Pursuits. She is a graduate of Oxford University and the Courtauld Institute, with a Ph.D. on French 19th-century painters in Rome.

Now an independent curator and writer, until 2005 Grace Cochrane was senior curator of Australian decorative arts and design at the Powerhouse Museum, Sydney. Born in New Zealand, she received the Australia Council’s VACB Emeritus medal in 2001, and in 2010 was appointed an Adjunct Professor at the Charles Sturt University, Wagga Wagga, and Visiting Professor, University of Lincoln, UK. 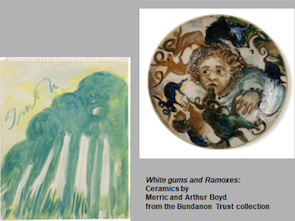 Our lectures are held on a Monday evening in the state-of-the-art Cessnock Performing Arts Centre, followed by a delicious supper and Hunter wines.

The membership fee is $180 per year; this includes eight lectures, which are followed by supper and Hunter Valley wines.

Visitors are welcome to attend any of our lectures.  The cost is $30 per person, and there is no charge for students or members of other ADFAS societies.

* A Membership Secretary has not yet been appointed for 2020. Membership applications and queries may be temporarily directed to the Secretary, Tracey Seath: secretary@adfaspokolbin.org.au.