ADFAS Camden provides for its members a yearly programme of illustrated lectures given by overseas and Australian lecturers chosen for their communication skills and expert knowledge in their fields. Two special interest evenings are also offered when topics can be examined in more detail.

If you think creativity is like spontaneous combustion, or that artists are simply dreamers with their heads in the clouds, this study day will make you think twice.  Alphonse Mucha, the man who literally wrote the book on Art Nouveau and went further with his designs and thinking than anyone else with his definitive Le Style Mucha, was rigorously disciplined in his constant quest to produce the highest quality artistic expression of everything he touched.

Charles HARRIS has lectured extensively on design, illustration and photographic styles as they have influenced the building of brands. Charles has himself created posters for major brands including British Airways, Nestlé, Sony, General Motors and Shell. He has also written and produced several hundred TV and radio commercials and corporate video programmes. 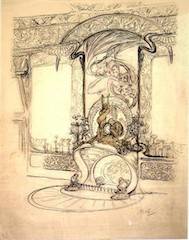 The Flying Scotsman, Golden Arrows, Belles and Pullmans; no wonder Betjeman still stands in awe at St Pancras. Covering the Golden Age of British Railways, this lecture celebrates the most romantic period of British travel history. You’ll see how the best travel posters connect with your heart and your mind, and how they have closely reflected the evolution of British holidays

Focusing on the role of posters and poster artists in the history of advertising, this global award-winning creative director of international advertising agencies has lectured extensively on design, illustration and photographic styles. His travel writing and photography have appeared in various airline magazines as well as Time. 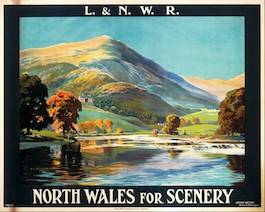 The European discovery of Australia was a consequence of this evolving trade route network and no contemporary document better illustrates these findings than do maps. This lecture traces the way Trade has forged Western understanding of The World, with a particular focus on the Spice Islands and the accidental discovery of Australia.

Robert CLANCY has collected maps of Terra Australis for 40 years, as decorative documents of history – with special interest in Australia and Antarctica. Seeing maps as a way of illustrating and understanding the past, he has written four books on historic cartography and lectures and writes widely on a variety of cartographic topics.  He was awarded membership to the Order of Australia for contributions to historic cartography and immunology and was recently made a Fellow of the Royal Society of NSW (FRSN). 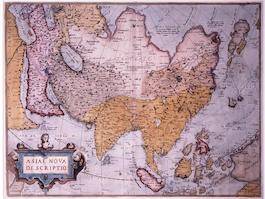 The Crimean War took two years of Nightingale’s life. Much of the rest was spent writing, vividly and with black humour, on tough issues – the health of the army, sanitation, hospital construction, the nature of God and – toughest of all – Florence Nightingale. This lecture deals with aspects of Nightingale’s life before and after the Crimean War. With paintings, sketches and portraits from the Nightingale Museum at St. Thomas’ Hospital, by artists including Julia Smith (Florence’s aunt); Parthenope, Lady Verney (Florence’s sister), and cousin Hilary Bonham Carter

Karin FERNALD is known for her entertaining lectures on writers and diarists connected with the arts from the mid-18th to 19th century, and moving forward in time with Virginia Woolf. Extensive research into diaries and letters brings her lectures to vivid life. Karin illustrates them with slides of contemporary pictures and portraits from varied sources 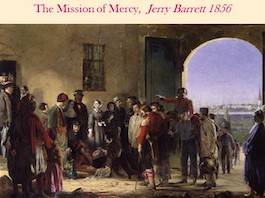 Renaissance artists and artisans were initiated into their crafts from a very early age. As their skills and reputations grew, they could become highly sought after and well remunerated. What qualities were required to reach the dizzying heights of innovation described by Giorgio Vasari in his celebrated Lives? Kathleen explores the career of a Renaissance artist –- from the early stages of education, through to the maturity of an artist’s professional life – paying particular attention to artists’ writings in the fifteenth century and to their self-portraits.

Kathleen’s PhD was a study of artisanal culture in Renaissance Florence, through the lens of a goldsmith’s commonplace book known as the Codex Rustici. She lived and studied in Italy for a number of years, and then taught Italian language, literature and history at the University of Sydney. Kathleen now works with Academy Travel, leading tours to Europe and, particularly, Italy. 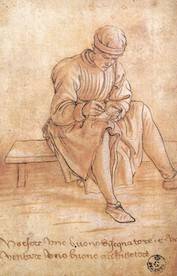 This series of talks takes us on a journey from the resurgence of theatre in Western Europe during the medieval period, through the transformational period of early Tudor drama up to the emergence of the Elizabethan playhouse and the birth of show-business under the actor, playwright and impresario – William Shakespeare. He became one of the wealthiest theatre entrepreneurs of the Elizabethan age. A shrewd businessman, his career coincided with the emergence of the English playhouses and the beginnings of theatre as a commercially viable form of popular entertainment.

An independent theatre director and producer who specializes in creating new work with artists in developing countries, Giles RAMSAY is also the Founding Director of the charity Developing Artists, a Fellow of St. Chad’s College, Durham University and Course Leader in Theatre at The Victoria and Albert Museum in London.  He has run theatre projects in several countries and given numerous talks for institutions. He combines academic analysis with hands-on experience to bring a unique insight to the world of the theatre. 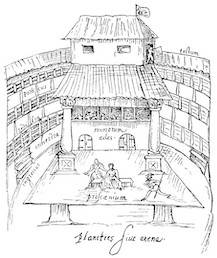 The end of the 19th Century saw a revolution in European drama as theatre began to address new and controversial topics such as sex, class and social unrest. Out of this age of upheaval emerged three of the greatest playwrights the world has ever known. This lecture looks at the reception their plays had in their own day and the legacy they have left to our own.

Giles RAMSAY is an independent theatre director and producer who specializes in creating new work with artists in developing countries.  Giles has run theatre projects in Botswana, Cape Verde, Equatorial Guinea, Kenya, Kosovo, Palestine, Mexico, Thailand and Zimbabwe and given numerous talks for institutions ranging from The Foundation for Mexican Literature in Mexico City to The Royal College of Physicians in London. He regularly lectures on the history and practice of theatre on the Queen Mary 2 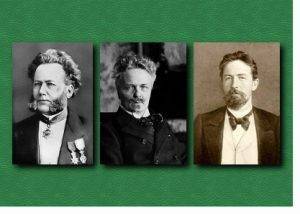 Born in Germany but a naturalised French citizen, Offenbach did more than any other composer to create and popularise the genre of operetta. This lecture looks at his life and work. Offenbach was often called ‘the Mozart of the Champs-Élysées’ – the most fashionable boulevard in Paris – because he could write music with great fluency and with instant appeal. In his many operettas, he gave his Parisian audiences exactly what they wanted: music that sparkles like champagne and is tailor-made to please. He also wrote more serious opera, with The Tales of Hoffman being regarded as his greatest work.

Ian GLEDHILL has had a very varied career, from designing underground railways as an engineer for London Transport, to appearing in pantomime with Julian Clary.  He has worked in travel and tourism, music publishing, television, and especially the theatre, as an actor, director, set designer, stage manager and opera translator. His main interests include architecture, history, transport and classical music, especially opera and operetta. 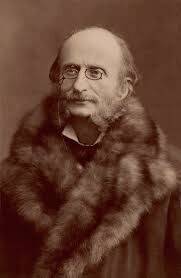 This lecture reveals just what it is about that quirk of mathematics we call ‘Golden Ratio’ that has so intrigued artists, scientists and even novelists such as Dan Brown down the ages. The latter’s best-selling novel brought it to public attention, and rightly so. This lecture goes further into the ratio’s underpinning of outstanding design in nature, art and architecture, encouraging some to suggest this could be the blueprint of the universe itself.

A senior modern languages teacher in an independent grammar school for many years, Brian HEALEY has enjoyed a successful parallel career since the 1980s as a professional artist and interior designer. Since 2006 he has been either resident artist, guest lecturer on art history or a destination speaker on ocean and river cruises visiting more than forty countries. Most recently this work has successfully extended to art guiding through important towns and museums in France, Belgium, Holland and Spain. 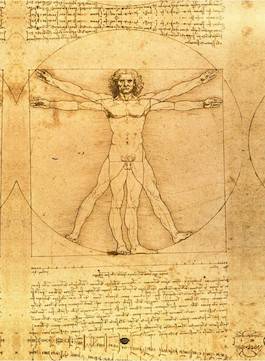 Red is the colour of love and passion, anger and strength.  The glowing red of ruby is like a flame burning in the stone – what are the reasons for this inner glow and where are the finest rubies mined? This lecture looks at the history of rubies from the ancient mines of Burma, it follows their journey on the Silk Trading routes of China to where they can now be found … in the stunning jewellery that comes onto the auction market throughout the world. Rubies that once belonged to Royal families, dignitaries, socialites and American Hollywood stars.

Patricia LAW is a Fellow of the Gemmological Society and a Fellow of the Institute of Registered Valuers. Having spent twenty-five years working for International Auction Houses preparing jewellery sales for London, Geneva and New York, she established her own valuation business in 2015. Patricia enjoys a role in teaching gemmology and jewellery history to newly qualified brokers within the insurance industry as well as lecturing to private associations and charitable groups. 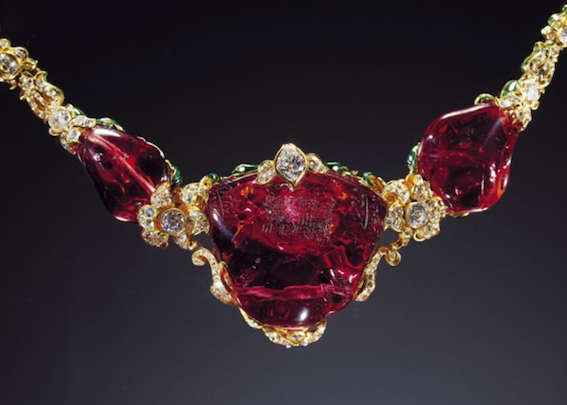 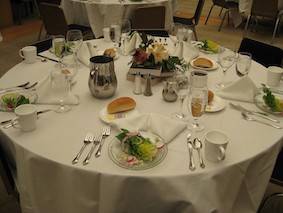 Visitors are most welcome. Prior notice to the Secretary or Chairman is essential. The cost is $30/lecture or $15/lecture for students and members of other ADFA Societies. The cost for Special Interest evenings is to be advised

The January ‘Holiday’ Edition of our Newsletter includes contributed articles from members which may be a little different this month – but it is to be hoped they are enjoyed by our readers. [gview...

This is our last Newsletter for 2019 and comes with best wishes for the Festive Season from the Chairman and Committee of ADFAS Camden.

This edition is our AGM edition and contains Annual Reports for Treasury, Young Arts, Church Recording, Trips & Travel and an editorial from our retiring editor, Peter Claxton. [gview...

With our AGM and End-of-Year luncheon now only a month away, this edition contains information to members about both. An interesting article about Raffles Hotel in Singapore is followed by details of a number of up-coming local events. To finish off there is a short...

This edition contains a contributed article by one of our members on Stave Churches in Norway followed by some news items and details of local coming events – finishing with a bit of rhyming verse. [gview...

This issue has a couple of reminders for members to visit the ADFAS website, with a note about the Patricia Robertson Fund and another relating to the many great reports on Schools of Arts and Mechanics Institutes that can be accessed. Also a follow-up on a recent...