If you are interested in any form of the arts, we invite you to join us at ADFAS Mudgee to enjoy an annual series of eight superbly illustrated presentations on a wide variety of arts topics. After each event we’ll finish with a drink from the bar at Club Mudgee while we mingle with the presenter and members. You will receive a newsletter during the year and through ADFAS Travel you may take the opportunity to join other members on Australian and international tours, support young artists, cultural and heritage activities.

Membership is the best way to meet and make new friends in a convivial atmosphere, and you are most welcome to visit as a guest.

Mudgee is one of the great wine and food areas, where wineries set in rolling hills serve award winning wines and epicurean fare. Set in the Cudgegong Valley the town still possesses the character of its 19th century past. Close by is the historical town of Gulgong and the old gold mining villages of Sofala and Hill End as well as the UNESCO Word Heritage listed Wollemi national Park. Visit www.visitnsw.com/mudgee

Time:
Lectures are on a Friday and begin at 6.00pm.

Guests welcome:
$30 per lecture
Members of other Societies $15.
Full time students: No charge

In the two centuries since they were removed from the Parthenon by Lord Elgin, the meaning and significance of the ‘Elgin marbles’ has changed dramatically. From architectural decoration to disputed cultural objects this lecture looks at the response to them over their time in Britain, from the original controversy over their purchase to the current debate surrounding the restitution of the marbles to the new Acropolis Museum in Athens.

Alan holds a master’s and first class honours degree in History of Art from Birkbeck College, London.  He is a gallery guide at Tate Britain, Tate Modern, National Portrait Gallery and for Frieze Masters and regularly lectures at the NPG, Dulwich Picture Gallery, Plymouth City Art Gallery and other galleries in the UK. He also works as a London Blue Badge Guide and a City of London Guide. 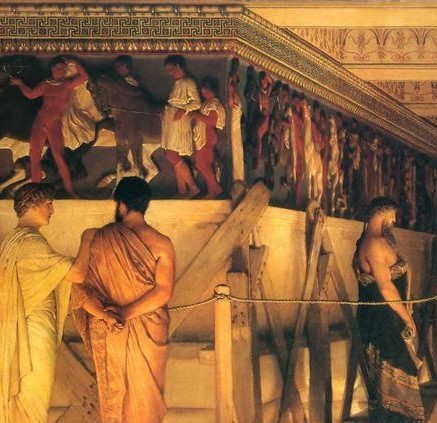 From the moment the railway made its appearance in the middle of the 19th century it became a magnet for artists seeking to inject life and action into their works. From Conrad Martens on the Great Zig-Zag and Arthur Streeton at the Lapstone tunnel, to Russell Drysdale and Donald Friend on the troop trains of WW2, through to Fred Williams and the quirky vision of Noel McKenna, trains and their stories have always found a fascinating place in Australian Art.

Gavin Fry is a writer, artist and museum professional with fifty years experience working in curatorial and management positions in Australian museums, galleries and educational institutions. He is the author of twenty-five books on Australian art and history and a large number of catalogue and journal essays. In retirement Gavin has returned to his art training and exhibits as a painter in Newcastle and Melbourne. As well as working as a professional writer, he also designs and publishes books on behalf of other writers and artists. Gavin holds the degrees of Bachelor of Arts [Hons] and Master of Arts from Monash University and Master of Philosophy from Leicester University. 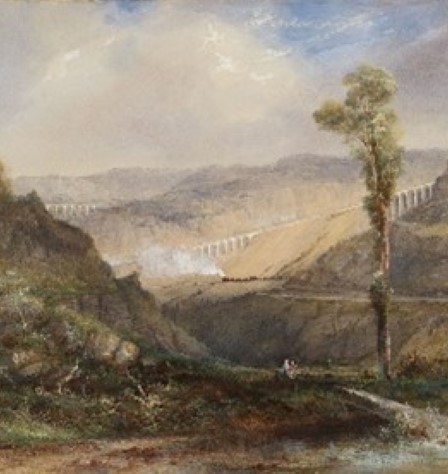 This lecture will unravel the myth and the iconography behind the proliferation of the Christian story of the adoration of the magi. Beginning with the earliest representations of the magi dating from 2nd century AD, this the lecture will look  at the changing iconography behind the depictions of the story and the varied meanings that became ascribed to these changes. This is a story that over a vast period of time has been widely depicted in Christian art in a variety of media, from stone carvings in the Roman period to ivory carvings in the Byzantine period to fresco painting in the early Renaissance (circa 1305) through to tempera painting and ultimately oil. The lecture will also look at the story as it became enhanced by theologians and examine how much bearing it has had on the actual story as written in the Bible.

Leslie Primo Holds a BA in Art History and an MA in Renaissance Studies from Birkbeck College, University of London. He was the Visiting Lecturer in Art History at the University of Reading in 2005 and 2007, and gives lectures and guided tours, plus special talks, at both the National Gallery and the National Portrait Gallery. He also lectures at the City Literary Institute and has presented a series of talks at the National Maritime Museum and the Courtauld Institute. The first lecture in this list is based on his book, called The Foreigners that Invented British Art: From Renaissance to Enlightenment, which will be published by Thames and Hudson in Spring 2023. 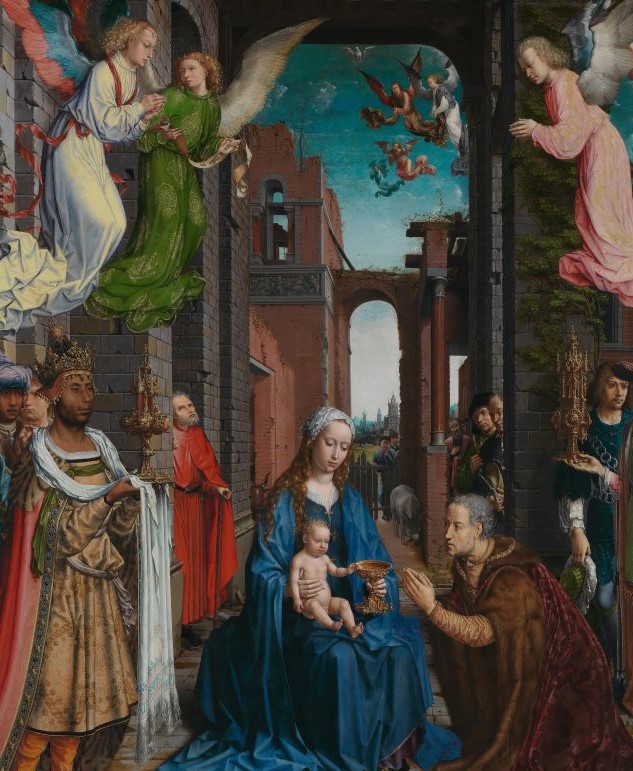 From Coco Chanel and BMW to Apple and Nike, and from the ‘Golden Arches’ to the local pie shop, every logo has a story. And an important, but rarely mentioned aspect of the success of any logo is its balance between symmetry and symmetry breaking. What does symmetry sell us? What about asymmetry and broken symmetry? As we explore the fascinating and expensive world of branding, we unlock the language of visual symmetry.

David Banney is a passionate Musician, Conductor, Composer, Mathematician, Music Educator, Broadcaster, Medical Researcher Music and Festival Director. He has appeared with many of Australia’s top orchestras and soloists including William Barton, Simon Tedeschi and Roger Woodward, who described him as ‘quite simply one of the best conductors in the country.

David’s research for his PhD. In music led him to write numerous papers as well as to interdisciplinary research with Italian physicist Giuseppe Caglioti and reproductive endocrinologist Roger Smith. It was also the catalyst for his appointment as Conjoint Senior lecturer in Mathematics at the University of Newcastle, where he devised and delivered a new course linking the roles of symmetry and symmetry breaking in disciplines as diverse as mathematics, visual art and design, science, music, literature and psychology. David is CEO of the International Symmetry Association and Artistic Director of the Christ Church Camerata and Newcastle Music Festival and was recently appointed as Interim Music Director of Christ Church Cathedral, Newcastle. He has taught music from primary school through to post-graduate students and spoken on music education at numerous international conferences. His weekly radio show with Paul Bevan on ABC Newcastle ran for more than 300 episodes. He lives and practises medicine part time in Newcastle NSW. 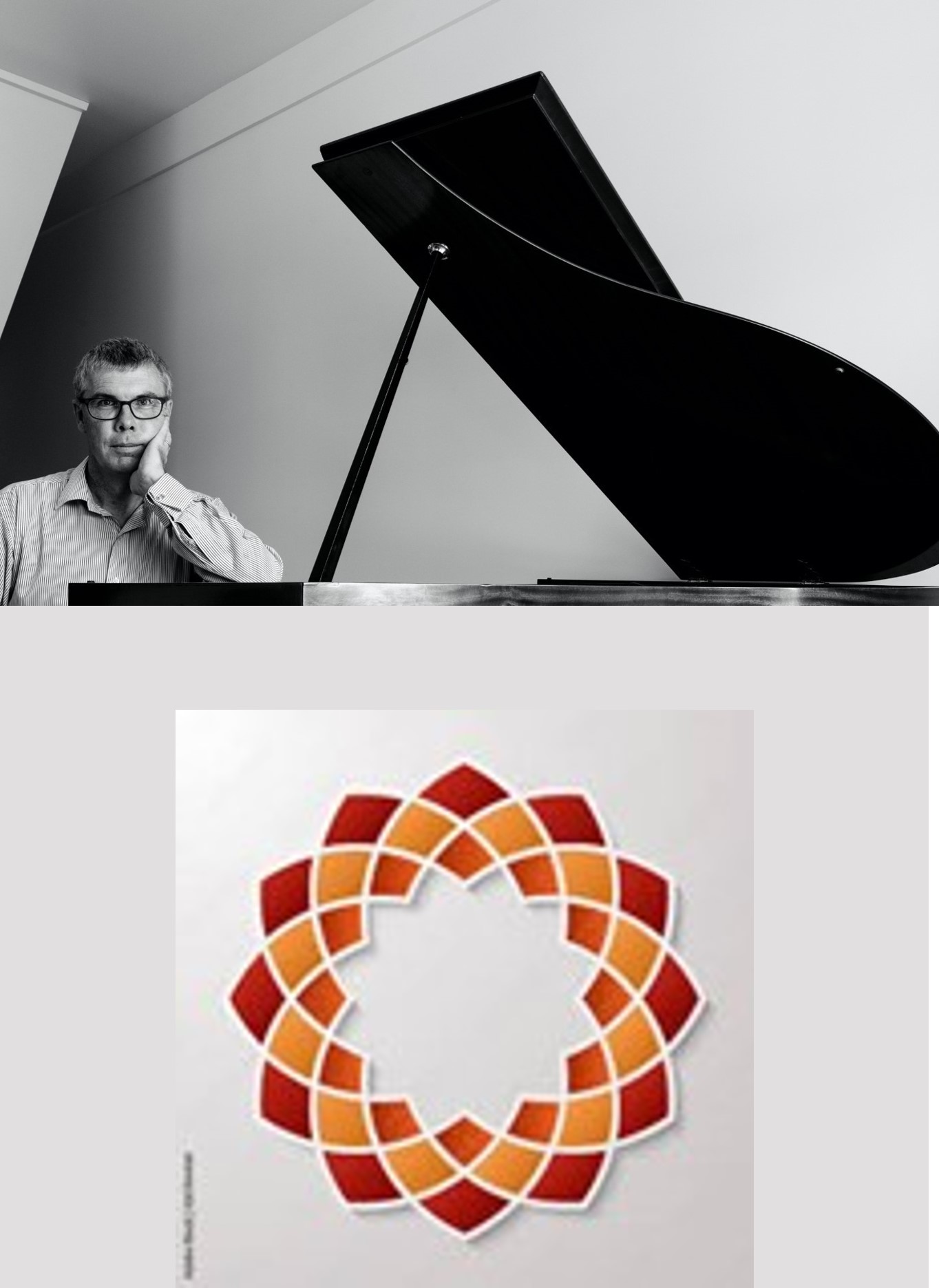 In 18th century France a new style emerged which encompassed furniture, paintings, prints, décor, and fashionable dress. Light and airy decorations (whimsically inspired by nature) climbed up walls, and encircled mirrors, wound up and down chair legs and drove out the heavy symmetry of the Baroque style. Madame de Pompadour was a champion of the Rococo, which coincided with her reign as mistress of Louis XV. When and why did she (and the Rococo style) lose favour? Through the paintings of Hogarth, Boucher, Fragonard and others we will address this question, though close examination of Pompadour’s elegant image and personal style.

Jacqui Ansell has a MA in History of Dress from the Courtauld Institute. She continues to lecture regularly on the public programmes of the National Gallery, Wallace Collection and the National Portrait Gallery and has published on court dress, Grand Tour portraiture and Welsh Costumes. Jacqui is a senior lecturer at Christie’s Education, London where she writes, presents, and tutors online courses on Art History, the Art World, and the History of Jewellery. 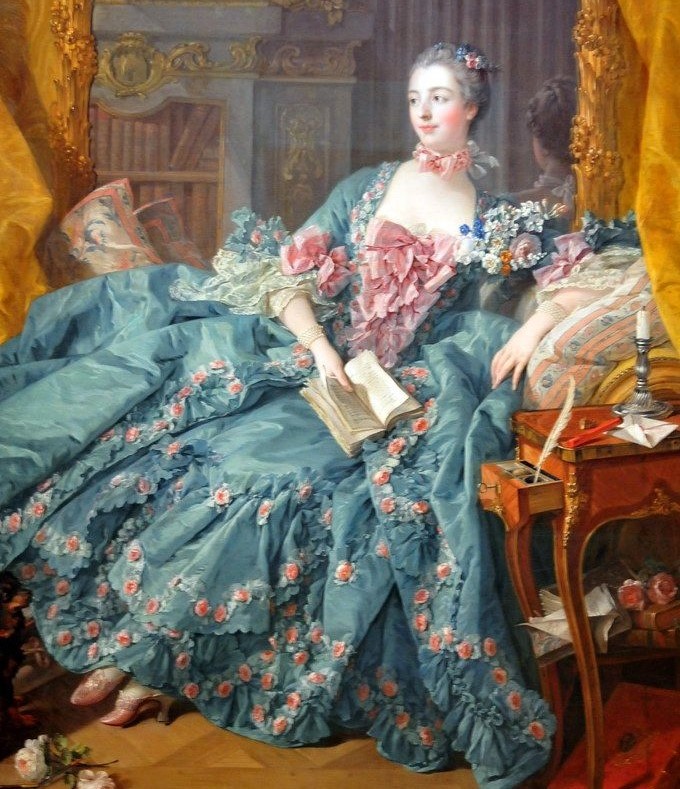 The civilisation of the ancient Maya reached its peak between AD 250-900 across much of present-day South America. Maya achievements in art and architecture were matched by their knowledge of mathematics, astronomy, calendrics and hieroglyphic writing. Intricately carved stone panels, ceramic figurines and splendid mural paintings provide an insight into the religious rituals, music, warfare, textiles and courtly life of the Maya world. They were conquered by Spanish forces in the sixteenth century, then during the nineteenth and twentieth centuries, explorers searched for “lost” Maya cities and buried artefacts. Evocative and detailed lithographs by English artist Frederick Catherwood, published in the 1840s, brought the Maya to public attention. Today over seven million Maya still live where their ancestors lived. Skills such as weaving have endured, and contemporary Maya textiles are among the finest in the Americas. Contemporary archaeologists and anthropologists now work with the Maya, in an effort to better understand the beliefs and practices of the past.

Chloë Sayer is an independent scholar, author and curator, specialising in the art and culture of Latin America. In 2016 the Mexican Government awarded her the prestigious Ohtli medal to thank her for her long-standing commitment to Mexican culture. She has made collections and carried out fieldwork in Mexico and Belize for the British Museum and has published many books with the latest:  The Day of the Dead: A Visual Compendium (Laurence King Publishing, 2021). 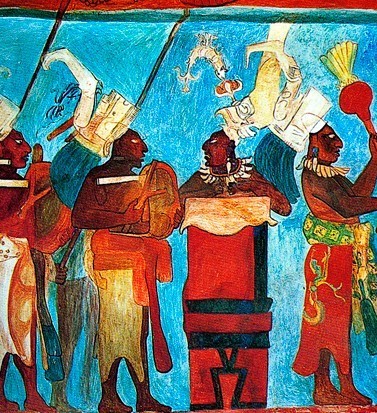 Peder Severin Krøyer, the Danish artist expressed his particular love for that time – “when the sun is going down, when the moon is rising over the sea, hanging there, crystal-clear, and the water, smooth as glass, reflects its light …” the ‘blue hour’ of northern Scandinavian summer nights, when sea and sky appear to merge into a single luminous whole. This lecture explores Krøyer’s life and work in Skagen and evaluates the paintings that made him one of Europe’s most celebrated artists by the end of the 19th century.

Kathy McLauchlan is a lecturer specialising in 19th-century art history. She is currently a course Director at the Victoria & Albert Museum and also a freelance lecturer who teaches at several institutions, including the Arts Society and Art Pursuits. She is a graduate of Oxford University and the Courtauld Institute, with a Ph.D. in French 19th-Century painters in Rome. She has published catalogues and articles for the British Council and the Barbican Art Gallery.​ 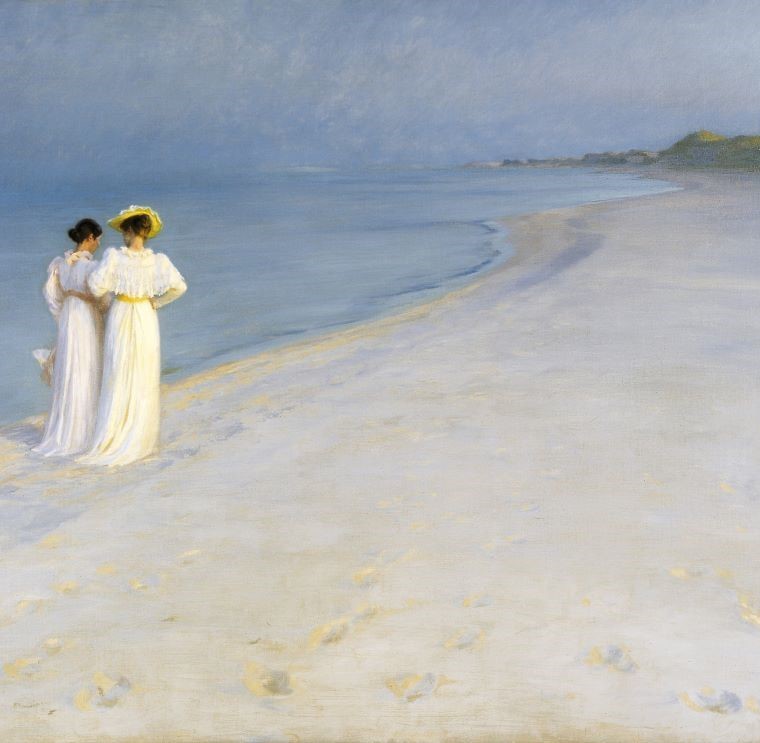 Art appears long before writing had been invented.  Discover the magnificent range of prehistoric art and find out how that art speaks to us across the millennia.  It’s vibrant and energetic, alive and exquisitely detailed, personal and intimate; prepare to be surprised and to re-evaluate our perception of our ancient ancestors and what it means to be human

After graduating in Latin and Ancient History from Exeter University, Gillian worked in BBC Television and went on to become an award-winning freelance writer, author, international public speaker & broadcaster, specialising in archaeology, prehistory and in the Greek and Roman eras.  She is a lecturer at York University and has spoken at the British Museum and frequently on TV & Radio.

Having led and supported community archaeology projects in a hands-on way (hence ‘The Muddy Archaeologist’), Gillian now actively digs at major sites in the UK and Europe (from Orkney’s prehistoric Ness of Brodgar to Roman Pompeii and Vindolanda and sites and eras in between).   She also teaches courses and lectures in the UK and beyond for The Arts Society, summer schools (such as Marlborough), museums (including the British Museum and the Ashmolean in Oxford and, of course, local museums), schools and audiences ranging from the Women’s Institute to the national media.

Guest Speaker to be advised 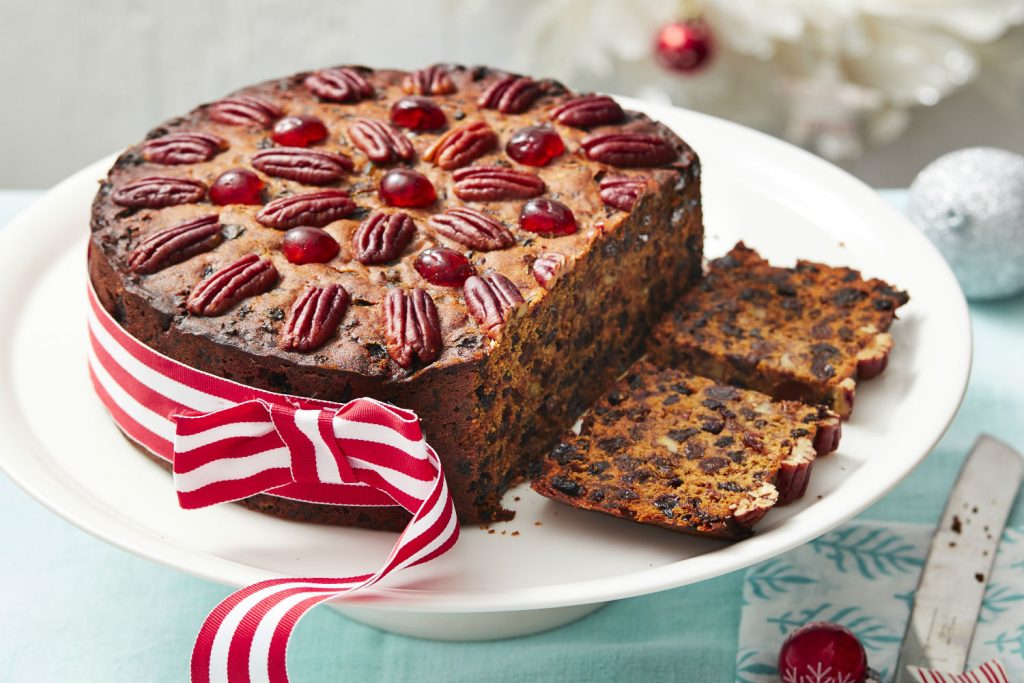