ADFAS Molonglo Plains was established in 2014 for those rural and regional members in and around the A.C.T. who prefer daytime travel. In 2023 the afternoon lectures will continue to be held in the Bicentennial Hall, Queanbeyan followed by a convivial afternoon tea. Molonglo Plains covers the regional towns and villages surrounding Canberra – such as Queanbeyan, Goulburn, Cooma, Young, Yass and Bungendore. We offer a stimulating lecture program from UK and Australian lecturers on a diverse range of subjects covering visual arts, architecture, fashion, music, literature and more. Molonglo Plains continues to support the Young Arts Program.

Time:
Lectures are on Thursdays, begin at 2pm and followed by afternoon tea.

Guests welcome:
Visitors are welcome to attend at a cost of $30 per lecture which includes afternoon tea. Visitor gift vouchers are also available.

The role of sculpture has changed substantially in recent times and now plays a vitally important role in public city areas. Henry Moore, Anish Kapoor, Claes Oldenberg, Antony Gormley and Tracey Emin have made sculpture a challenging and exciting space for social encounter.

Anna Moszynska is a London-based lecturer and writer specialising in contemporary art. She has also taught at institutions including The City Lit, the Royal Academy and Tate London, as well as lectured in cities ranging from Dubai to New York. 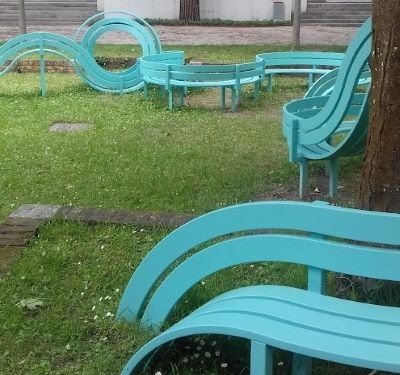 Picasso and Stravinsky, Debussy and Matisse – the histories of art and of music have run similar courses. Let’s explore the parallels between sound and visual images. What does Rothko sound like? What does Philip Glass look like?

Australian Lecturer David Banney has vast experience in music education, from primary to post-graduate level He is one of Australia’s most highly regarded musicians with success as a conductor, composer, string player and educator.He has been a regular pre-concert lecturer for Musica Viva and given numerous lectures at the Newcastle Art Gallery. 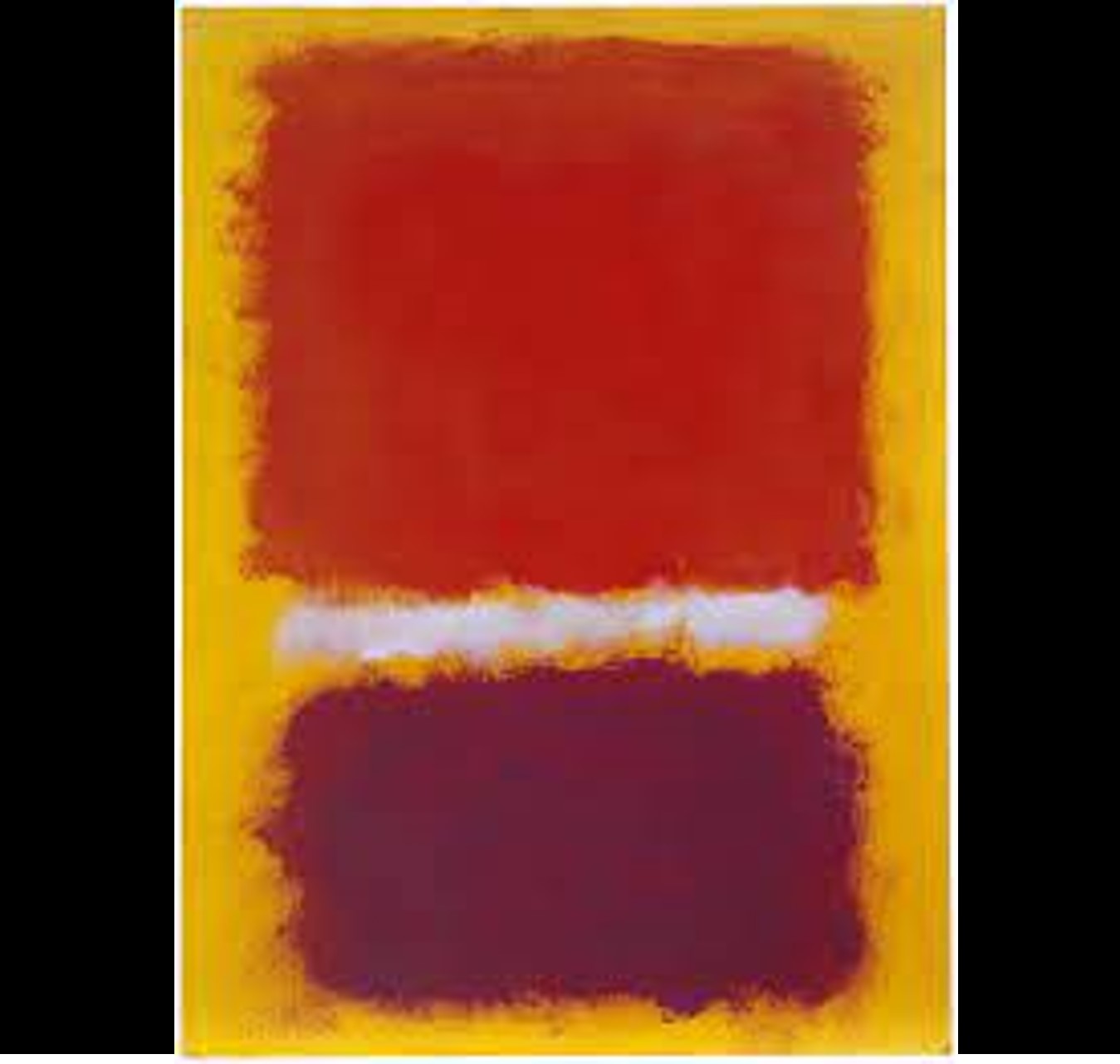 Art Nouveau influenced architecture in countries around the world including Britain, Austria, Spain, Latvia and America. Plant forms, animal shapes, carved stone and iron shapes became part of architecture, as did the designs of Tiffany and Louis Sullivan.

Ian Gledhill has had a very varied career, from designing underground railways as an engineer for London Transport, to appearing in pantomime with Julian Clary. In between he has worked in travel and tourism, music publishing, television, and the theatre, where he has been an actor, director, set designer, stage manager and opera translator. 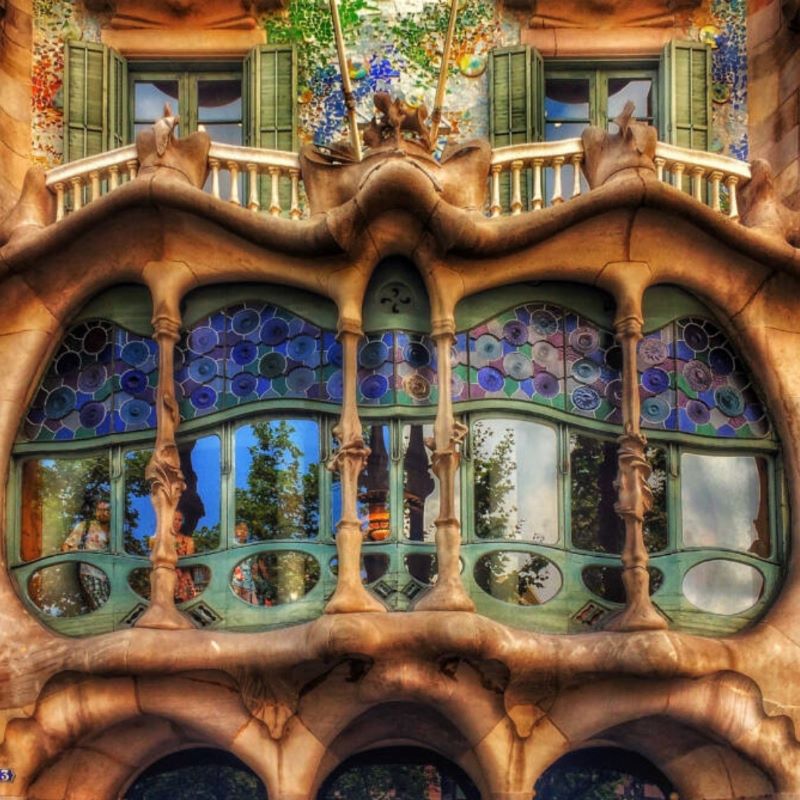 The 17th century was all about globalisation, as European powers sought priority in trade with the east. No period is more beautifully illustrated than this, in contemporary maps.  This period of Dutch dominance of trade with the East was paralleled by its predominance amongst map makers and publishers striving to keep the high ground in economic power. The European discovery of Australia was itself a consequence of these evolving trade routes and this presentation uses contemporary maps of great beauty to illustrate the trade routes and discovery, from Roman, Silk Roads, then Portuguese.

Australian Lecturer Robert Clancy is a medical graduate and physician, with Collected maps of Terra Australis for 40 years, as decorative documents of history – with special interest in Australia and Antarctica. He sees maps as a way of illustrating and understanding the past, he has written 4 books on historic cartography. 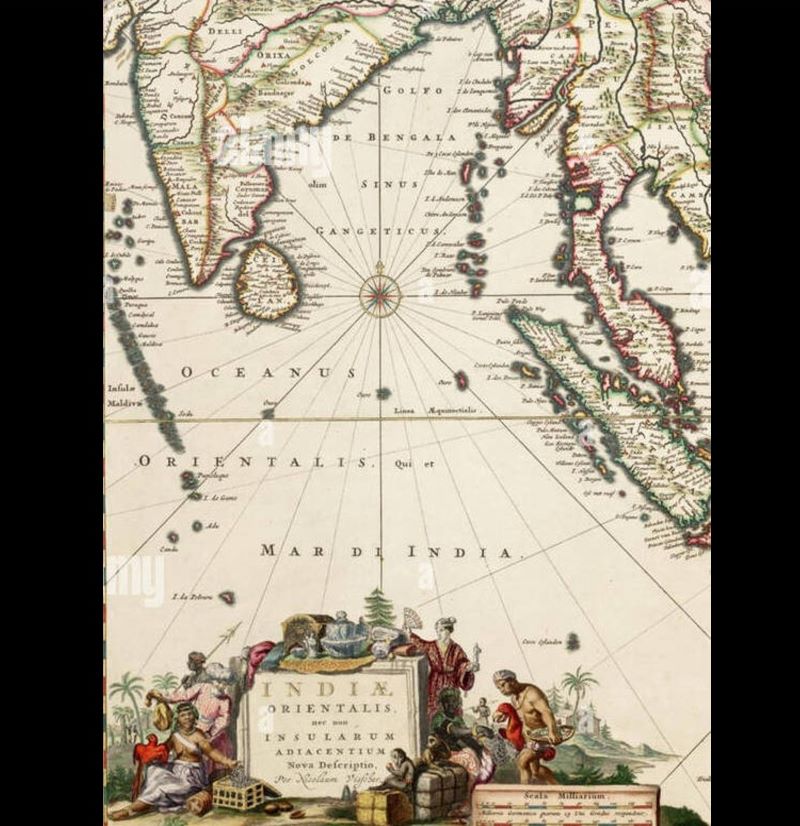 Nothing could top the riot at the Rite in 1913 when Stravinsky and Diaghilev’s Ballets Russes transformed expectations of what a night in the theatre could be. We’ll look at the set design, costumes and the musical score on that dramatic night.

Sandy Burnett is one of the UK’s most versatile music commentators, enjoying a career that combines broadcasting, performing and lecturing. After working as music director for the RSC, National Theatre and in London’s West End, Sandy Burnett spent a decade as one of the core team of presenters on BBC Radio 3. 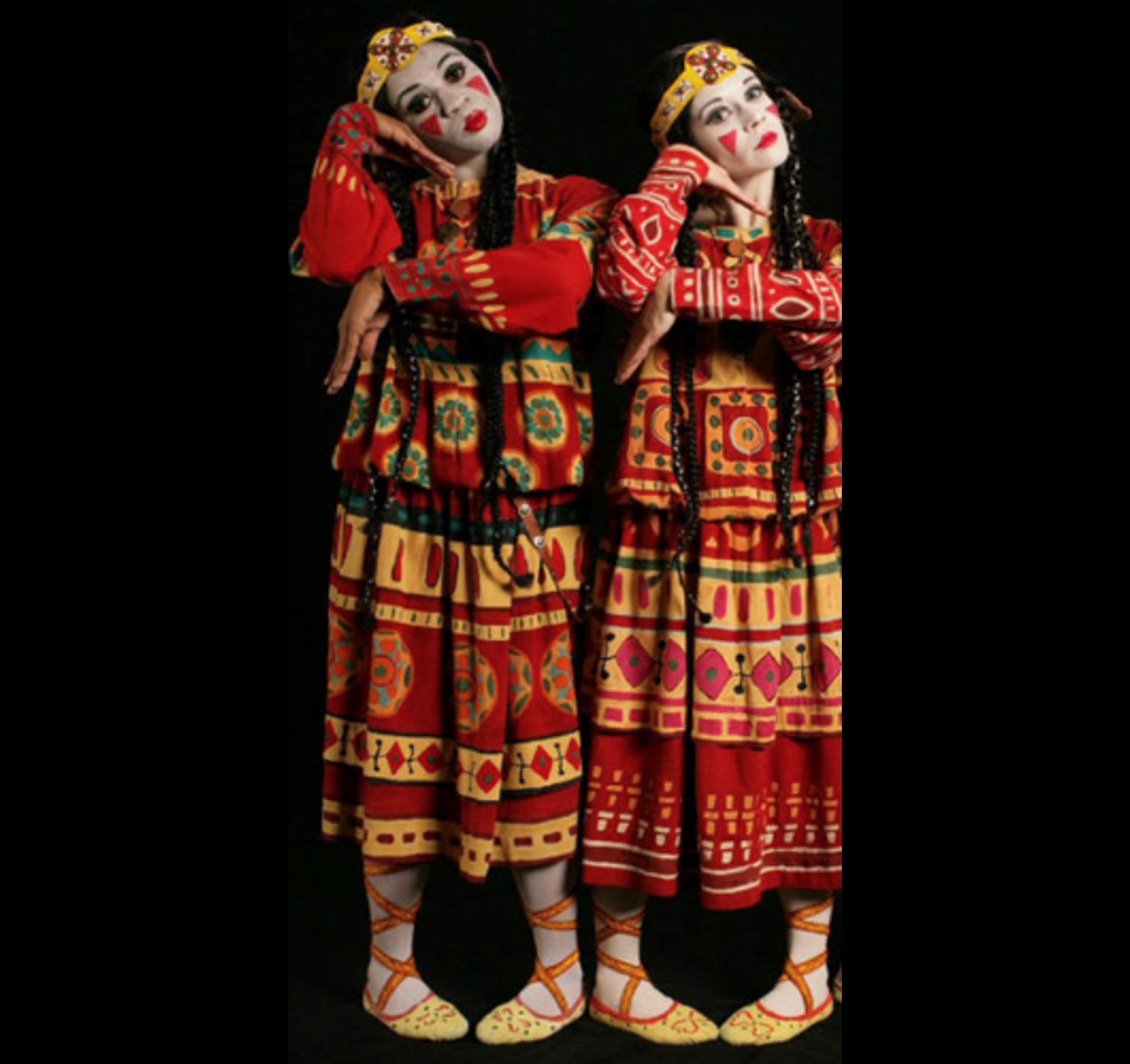 On Ernest Shackleton’s third Antarctic expedition in 1914, his ship, the Endurance was trapped and eventually crushed in the ice pack.  The Australian Frank Hurley, one of the greatest photographers of the 20th century was the expedition’s official photographer.  His photographs are a visual narrative of an epic journey which capture with great artistry new and amazing landscapes within which a remarkable human drama is played out.

The aim of the lecture is to capture Hurley’s achievements as a photographer of the Antarctic in the first flush of human contact when it was still essentially terra incognita.

Mark Cottle’s career has been spent in education and training at home and abroad. He has lectured at Exeter College on Medieval and Tudor history, St Mark’s & St John’s University College, Plymouth, and at Bath University on Anglo Saxon and medieval England 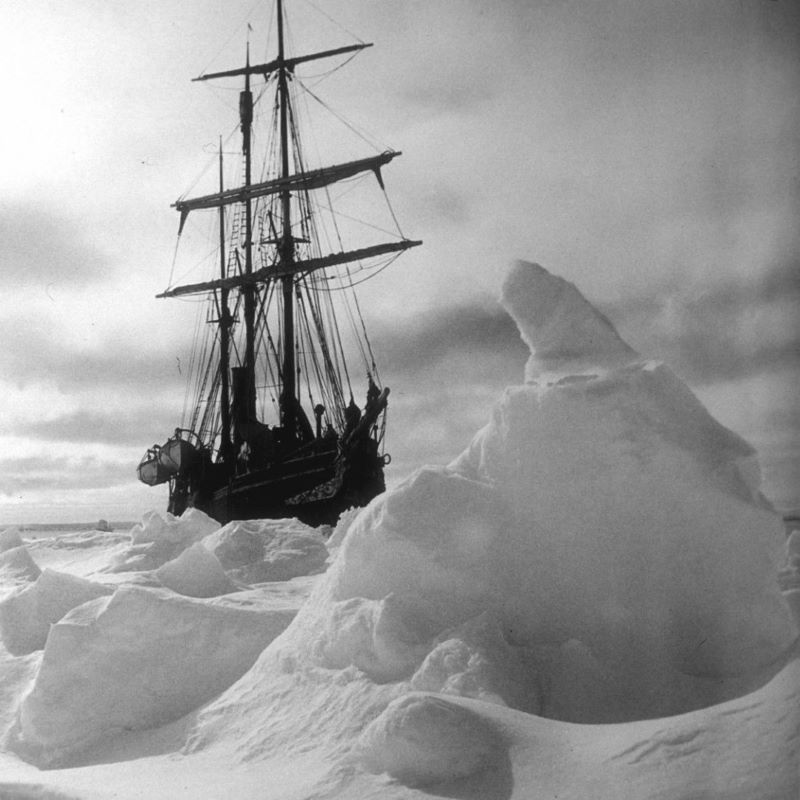 Contact with China and the West, contrasting aristocratic and military tastes, and the impact of Zen Buddhism have all contributed to distinctive visual trends and techniques in Japanese painting, sculpture and the applied arts.

This lecture will provide an introduction to and an overview of the arts of Japan.  It will chart the development of key aspects of the Japanese aesthetic in painting, sculpture and the applied arts through different periods of history.

Professor Marie Conte-Helm is a long-established Lecturer of The Arts Society and a Fellow of the Royal Society of Arts. She is widely published and also an experienced cruise speaker and a Resident Historian with Viking Cruises, lecturing on many aspects of Asian Art and East-West Encounters. She was awarded an OBE in the 2011 Queen’s Birthday Honours for services to UK-Japan educational and cultural relations, and the order of the Rising Sun, Golden Rays with Rosette by the Government of Japan in 2019. 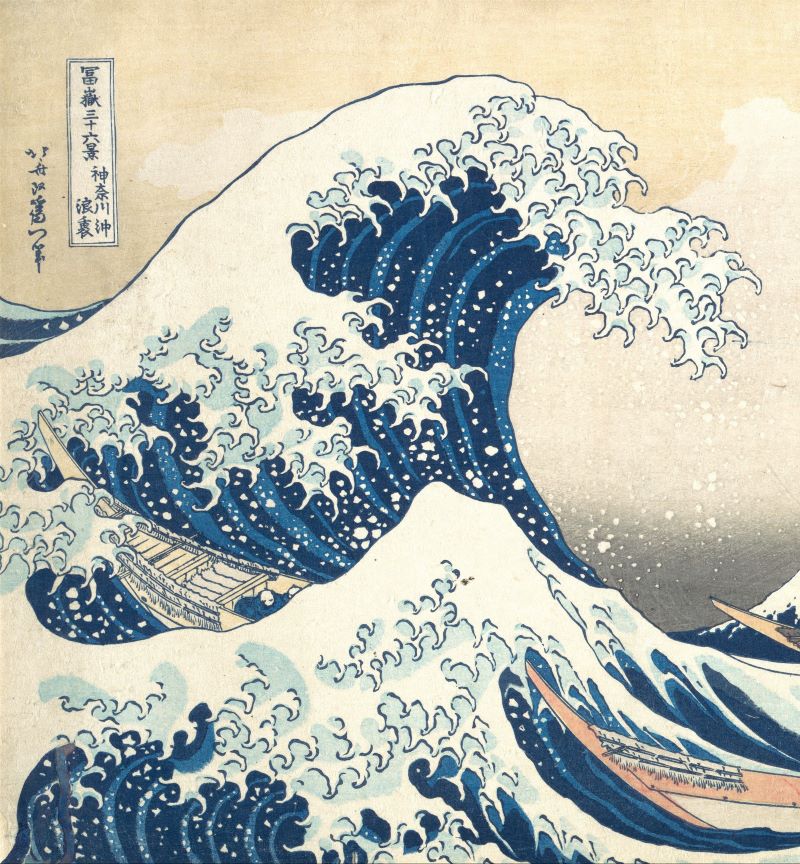 This lecture explores the beauty and diversity of mosaics, from their origins in the pebble mosaics of early Greece to the masterpieces in Rome and Pompeii and the breathtaking mosaics of Sicily, North Africa and Syria.

Dr Paul Roberts is Head of the Department of Antiquities at the Ashmolean Museum of Art and Archaeology, Oxford University. His research focuses on the daily life of ordinary people in the Greek and Roman worlds, and he has written books and articles on Greek and Roman daily life, Pompeii and the Herculaneum, Sicily, Roman Emperors, mummy portraits and the Greek and Roman ceramics and glass.