ADFAS Bowral will be holding both digital and face-to-face lectures this year, delivering to its members a program of special lectures reflecting the wide cultural interests of the Southern Highlands.  Lectures range through the fields of art, architecture, music, drama, dance, design, the decorative arts, garden design and much more. We are a not-for-profit organisation run by volunteers and have been going for 33 years full of camaraderie and a love or learning.

Andrea Palladio theorised that beauty results “from the form and correspondence of the whole.” Since Antiquity Italian villas and their gardens have been designed harmoniously, making valuable agricultural and economic contributions. They provided spaces for intellectual reflection, architectural innovation and aesthetic appreciation  in some of the most picturesque locations imaginable! We examine the Renaissance rediscovery of classical texts on villas and their impact on gardens, and trace the exportation of this Italian style in the work of designers such as Cecil Pinsent.

Wind the clock back to the seventeenth century and enjoy an armchair tour of some of Wren’s magnificent structures including City Churches, the Old Royal Naval College at Greenwich and his greatest masterpiece, St Paul’s Cathedral.  Wren was primarily a mathematician and astronomer and we’ll see how these disciplines are harnessed in his work.  Also looking at the origins of the classical orders of architecture, we discover how Wren’s love of this ancient system is everywhere to be seen in his legacy. 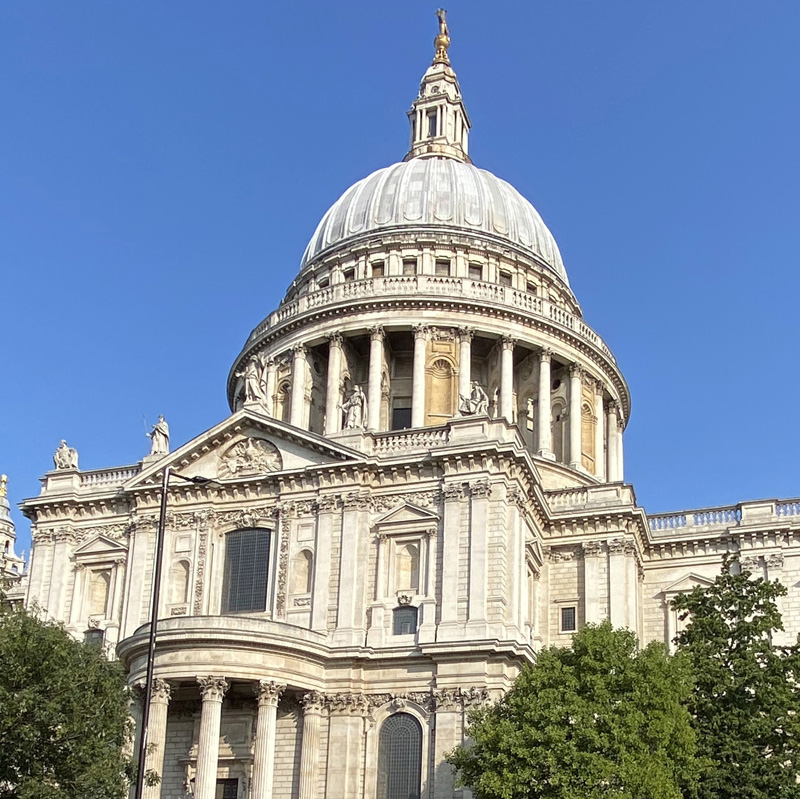 14 April 2021
The printed map: its story, as an art form
Emeritus Professor Robert Clancy AM RSNA
Live lecture in the Bradman Museum auditorium at 5pm

The transition of the printed map, from a highly decorative production with little accuracy, to a more austere document of great accuracy. It is illustrated, reflecting the milestones of history, and using “keystone” maps of interest and beauty: from the great Incunables of the 15th century, the travelogues of the mid 16th Century, the magnificent Dutch atlases of the 17th century, to the school atlas of mid 1850, and the specialist thematic and topographic maps thereafter. 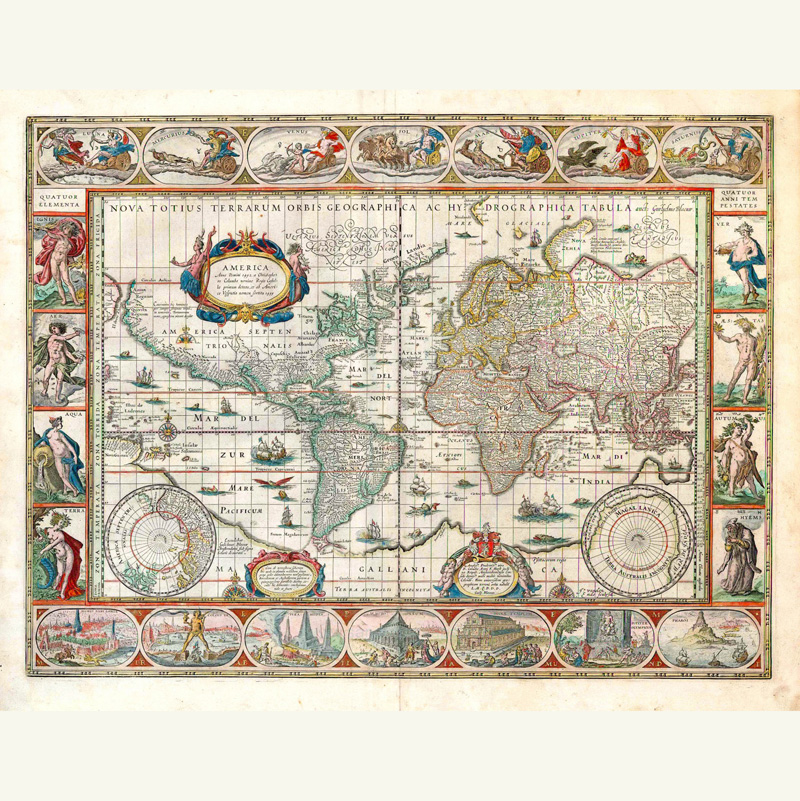 Of the approximately 1400 people on the First Fleet of 1787-88, the hand-written journals of only 11 have survived. These provide eyewitness accounts of the voyage to Sydney and the first years here. They record the interaction with the Aboriginal people. Written by men of different ranks, each journal offers a unique perspective. Most were discovered only in the twentieth century. In 2009, the collection held in the Mitchell Library was included in the UNESCO Memory of the World Program. 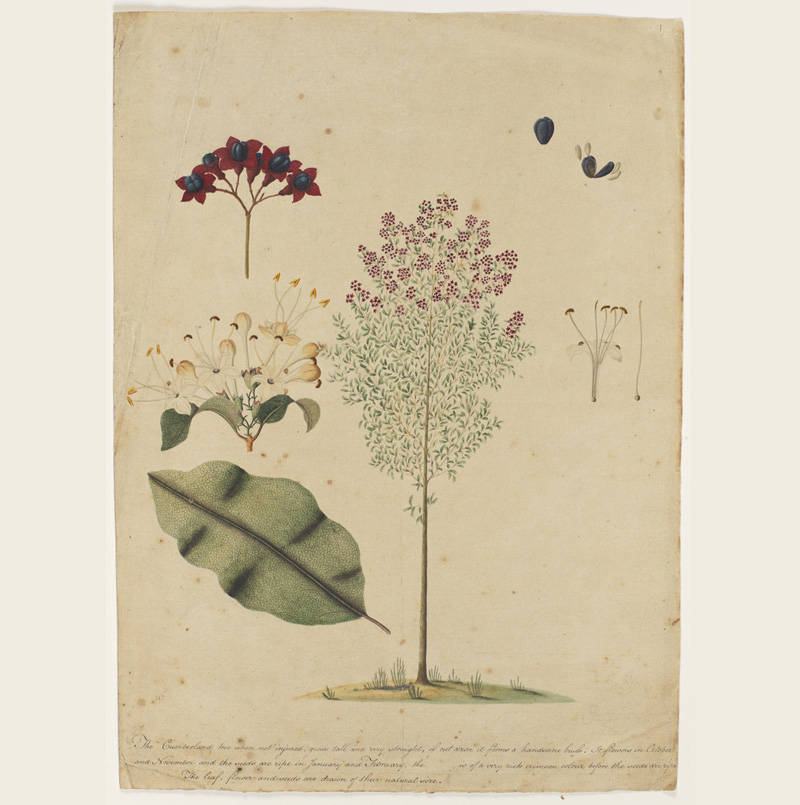 A medieval gem of beauty and technical innovation in the heart of Paris. Designed not only to celebrate France and its kings, but as a life-size reliquary, a worthy shrine for some of the most significant and talismanic of Christian remains. Built in a mere 5 years (1243-1248). We examine the architecture; the sculpture; and the exquisite stained glass, setting Louis IX in the company of the blessed and turning the interior into a floating vision of heaven on earth. 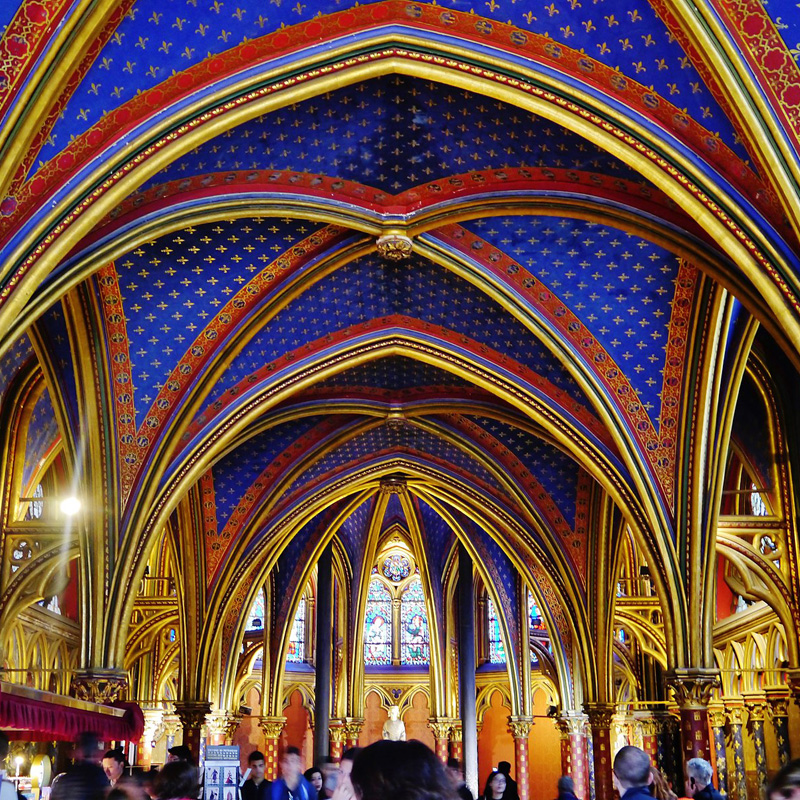 Since the end of the Vietnam War more than forty years ago, Australians have served in many parts of the world in the role of peacekeepers. While the title might sound benign, the conflicts and experiences of those at the front can be as dramatic and dangerous as any world war. Ben Quilty and George Gittoes have both worked as war artists with these small expeditionary forces, bringing home a truly human story, filled with the high emotion and drama befitting artists of deep feeling and conscience. 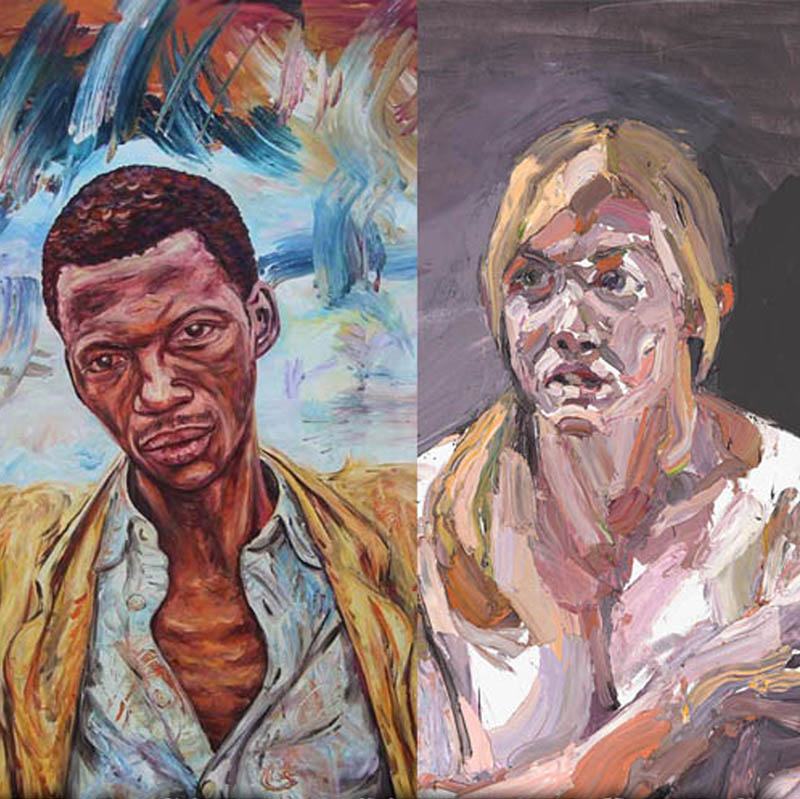 About the development of the exhibition, White gums and ramoxes, from the Bundanon Trust Collection, the property which Arthur and Yvonne Boyd gifted to the people of Australia in 1993. The exhibition title came from two characteristic motifs in the ceramic work of Arthur Boyd (1920-1999) and his father, Merric Boyd (1888-1959). We look at the collection, discovering related paintings, drawings and prints.  We learn that the exhibition was about the relationship between Arthur and his father, through their work. 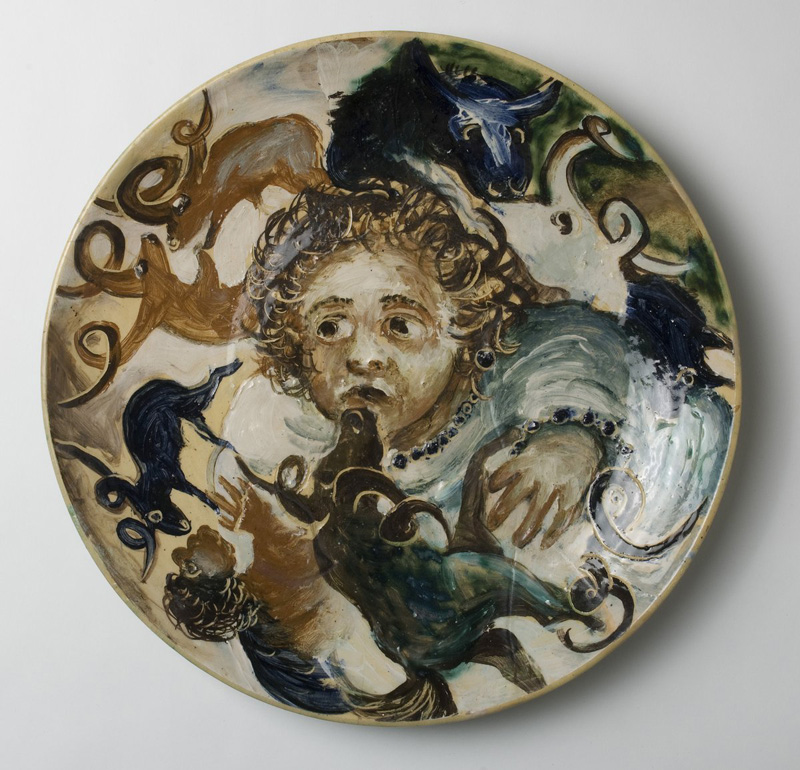 This lecture explores the recent controversy surrounding two works attributed to Leonardo da Vinci in recent years:  La Bella Principessa (see image below) and Salvator Mundi.  The former La Bella Principessa, is still the subject of vigorous disagreement among experts.  Salvator Mundi continues to be controversial but has generally been accepted in the art world. Why?  This lecture will explore the processes surrounding authentication and consider connoisseurship, science, fakes and forgeries, provenance research as well as key market and cultural forces at play.

Professor Jos Hackforth-Jones is an Australian art historian who has worked mainly in the UK.  She spent 16 years at Richmond The American International University in London, completing her tenure as their first woman president.  In 2008 she became Director of Sotheby’s Institute of Art.  In November 2019, Jos returned to Australia where she has been teaching ‘British Art and Empire’ in the Department of Art History and Film Studies at the University of Sydney.  Jos’s teaching and research interests are two-fold: 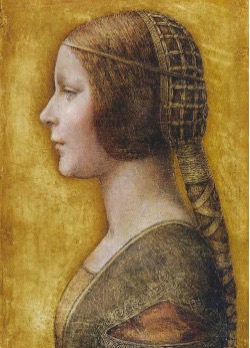 Leigh will look into Hitler’s often overlooked artistic background; A frustrated artist in the traditional school rejected due to the rise of Modern Art in the early 20th Century. Hitler’s rejection fuelled his need to eradicate his new Modern movement once he and his Third Reich came into power. Leigh follows Hitler’s attempt to influence taste and trends through his conquest to acquire some of the most famous examples of Classical Art for his self-curated ‘Führermuseum’ in Linz, and takes a closer look at the plundering and destruction of a generation’s worth of art Hitler deemed ‘degenerate’ (the infamous, and important ‘Entartete Kunst’ Exhibition). Leigh will analyse some of the most important artworks and artists lost in Hitler’s war on Modern Art, the Monuments Men & the search for the stolen art, and the aftermath & impact on Post War art. He will also discuss the impact and influence of the Holocaust on Post War and migrant art in Australia. 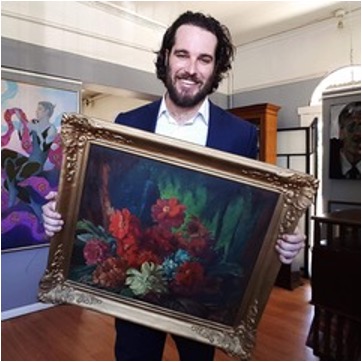 The live lectures have a change of venue.
Starting at 5pm.

As The Bradman Museum have a full covid plan of management, Bowral ADFAS are confident that we can bring you our live lectures this year.   All sanitising and distancing regulations will be followed with each lecture according to New South Wales Public Health determinations & regulations at the time.

Please check with ADFAS Bowral  secretary@adfasbowral.com  with regard to the capacity at our venue days before the lecture.  Circumstances may change at any time.  You will be notified by email.

Members will receive notification via email with a link to the lecture.  The lecture will only be up for a limited time.

2020 Members are continuing with free membership through to November 2021

Bowral was the sixth ADFAS society to form in 1988 after Sydney, Melbourne, Canberra, Armidale and Newcastle. 110 members attended the inaugural lecture given by Anna Clark in March 1998. By 2002 numbers had grown to 300 and the decision was taken to divide into two groups for morning and evening lectures.

As well as many interesting lectures, study days and tours which have been enthusiastically received over the years, the Society has been aware that the focus of spreading interest in the decorative and fine arts is not the only objective of ADFAS. Support for an individual or organisation who contributes to our national artistic heritage is willingly given.

Over the years a number of gifts have been made including: a weather vane to Christ Church, Bong Bong (near Moss Vale), antique mirrors for the National Trust property Harper’s Mansion at Berrima, and a bronze statue by Brooke Maurice ‘Girl Reading’ to the Bowral Library. In 2008, as part of the Society’s 20th Anniversary commemoration, a painting by the well known Southern Highlands artist, Reg Rowe, was presented to the Bowral & District Hospital.

An annual bursary is awarded to a fulltime student at the Sturt School for Wood at Mittagong. Other philanthropic donations in support of local arts are made each year. For example, in 2008 the Society sponsored a visit by the entire Robertson Primary School to the Art Gallery of NSW.

ADFAS Bowral is twinned with the NADFAS Branch in Sheffield (UK). This allows for more interaction with the parent body from which ADFAS grew, and the source of many of our fine lecturers.

Sturt is a vibrant centre for the teaching and production of fine craft in a serene garden setting. During its sixty years, Sturt has been home or inspiration for the best in Australian design and craft and continues to be so. Visit the Sturt Gallery, shop, gardens workshops or Cafe.

The Bradman Museum houses one of the finest collections of cricket memorabilia, artefacts and curios in Australia. Comprising a number of galleries, one screens archival films from the 1920s to 1940s; another houses an exhibition recognising ten of the world’s top sportsmen and sportswomen, and a special gallery with changing exhibitions occasionally showcases art and sculpture.

An important centre for the Arts in the Southern Highlands is the Berrima & District Arts Society (BDAS), based in Bowral. A variety of classes and workshops are held for both adults and children, covering painting in all mediums, drawing including life drawing, printmaking, and many other subjects. The Society also holds a number of open exhibitions each year.

The Wingecarribee Council organises an Arts Trail each year where artists open their homes and studios to members of the public. The Southern Highlands Arts Festival is well worth a look providing a convenient source of information for readers to find out what is happening in the local arts scene.

Sturt is a vibrant centre for the teaching and production of fine craft in a serene garden setting. During its sixty years, Sturt has been home or inspiration for the best in Australian design and craft and continues to be so. Visit the Sturt Gallery, shop, gardens workshops or Cafe.

The Bradman Museum of Cricket houses one of the finest collections of cricket memorabilia, artefacts and curios in Australia. The Bradman collection is on display on the upper floor, while the ground floor is devoted to the history of cricket in general. Comprising a number of galleries, one screens archival films from the 1920s to 1940s; another houses an exhibition recognising ten of the world’s top sportsmen and sportswomen. A special gallery with changing exhibitions regularly showcases cricket related art and sculpture.

An important centre for the Arts in the Southern Highlands is the Berrima & District Arts Society (BDAS), based in Bowral. A variety of classes and workshops are held for both adults and children, covering painting in all mediums, drawing including life drawing, printmaking, and many other subjects. The Society also holds a number of open exhibitions each year.

The Society has a long standing tradition of supporting young arts in the community. As an example historically there has been an annual prize is given to a young (<40) Fine Arts students at the Moss Vale TAFE; a bursary was awarded for several years to a fulltime student at the Sturt School for Wood at Mittagong;  We have taken students from a local primary school to the Art Gallery of NSW; and recently sponsored performances by the Bell Shakespeare Company for both Primary and Secondary schools and by OzOpera for several primary schools in the district.

Currently we are sponsoring a young ballerina at The Highland School of Performing Art.

Bell Shakespeare Learning 2020 is once again working with us to perform at three Southern Highland schools.

The Society is keen to extend its support to suitable practitioners of the Arts in the Southern Highland and would welcome any suggestions. Please contact any member of the Committee.