Welcome to ADFAS Useful Links, where you can find links to
exhibitions and interesting webpages in Australia and across the world. 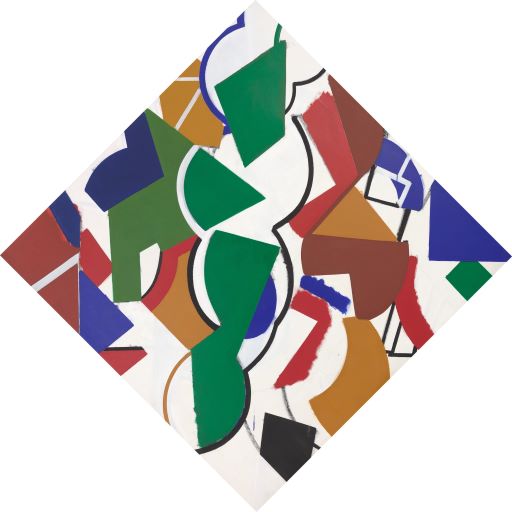 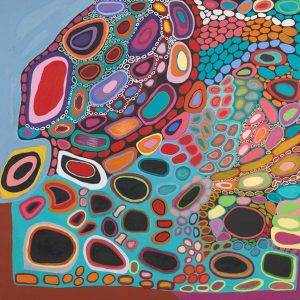 Belonging: Stories from Far North Queensland is the first in a three-part exhibition series that captures generations of cultural knowledge shaped by a profound relationship to Country.

In these vibrant and innovative works, emerging and established First Nations artists from across Far North Queensland and the Torres Strait explore new materials and techniques as they share what it means to belong.  Enjoy Canberra’s National Museum of Australia. 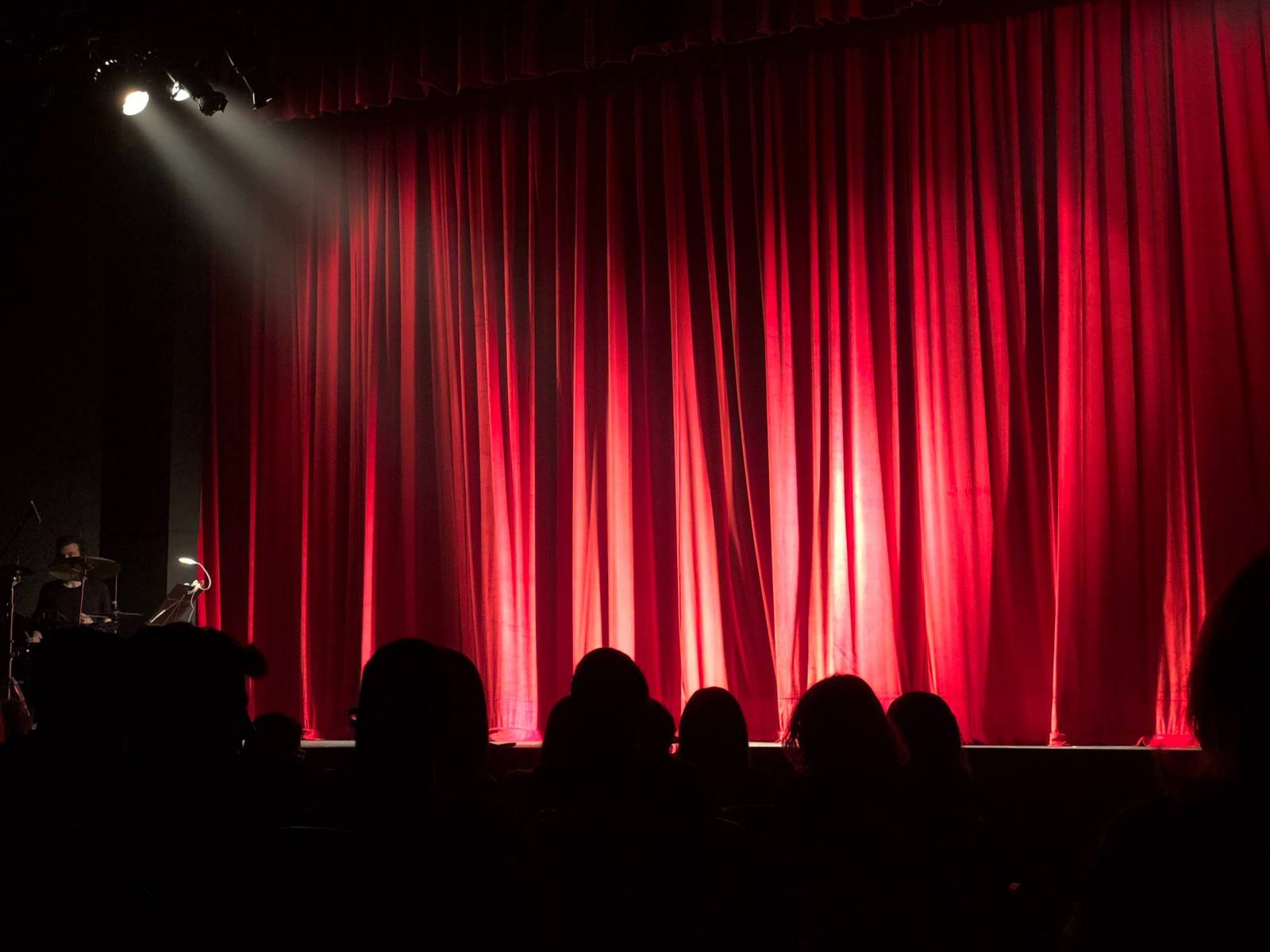 GET WITH THE ARTS

Performances around Australia now and in 2023 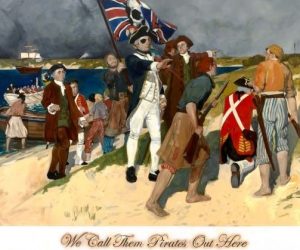 Daniel Boyd: Treasure Island is the artist’s first major exhibition to be held in an Australian public institution. Featuring more than 80 works from across his nearly two-decade career, the exhibition unpacks the ways in which Boyd holds a lens to colonial history, explores multiplicity within narratives and interrogates blackness as a form of First Nations resistance. 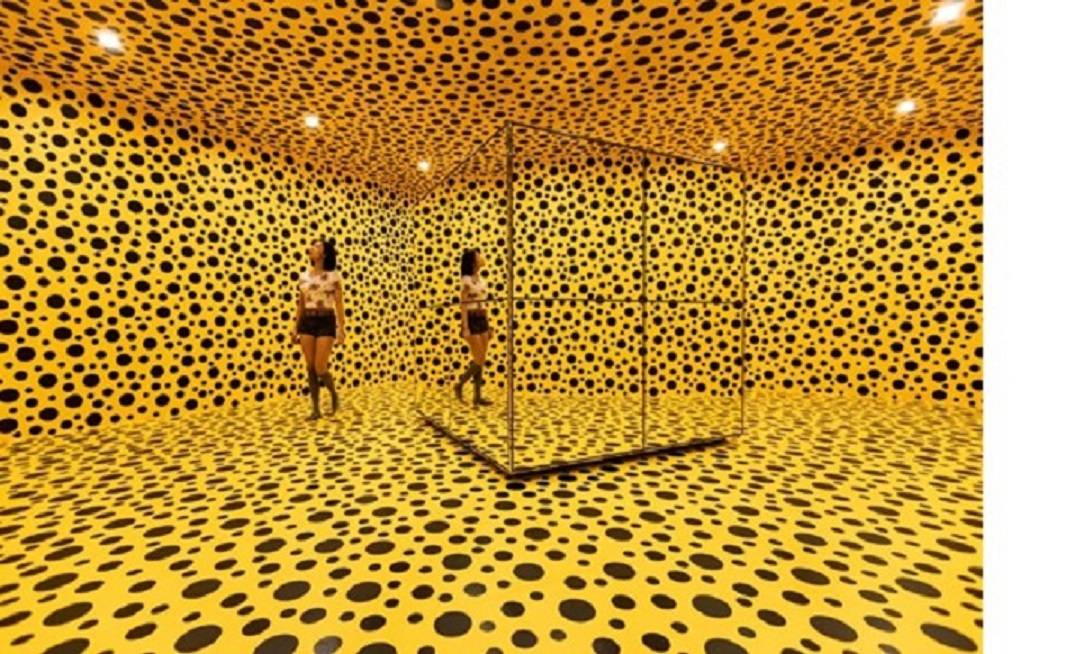 Described as ‘the world’s most popular artist’, Yayoi Kusama (Japan, b. 1929) is best known for her immersive polka-dot and mirror installations. Over the course of her 60-year career, she has engaged with an expansive idea of space and the human body. She uses several recurring motifs – dots, eyes, nets and pumpkins – to investigate repetition and to create sensory experiences that hint at the infinite.

THE SPIRITS OF THE PUMPKINS DESCENDED INTO THE HEAVENS is an installation comprising a vibrant yellow room overrun with black polka dots of various sizes. At its centre is a mirrored box, inside which are several dozen illuminated pumpkin sculptures that can be seen through windows. The pumpkins, endlessly reflected in the room’s internal mirrors, are also vivid yellow and adorned with dots. The dazzling combination of dots, mirrors and pumpkins creates an optical illusion – a sensation of infinite space and colour. 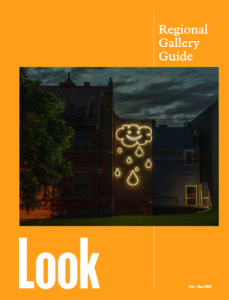 La Niña may be threatening rain this summer, but hopefully, like Nell’s smiling cloud on the cover of our digital guide, days spent looking at art may be a silver lining. Why not plan a road trip with our guide to New South Wales’ regional galleries.

Read it now, bookmark it for later or forward to a friend, this handy digital guide is Look’s handbook to your summer 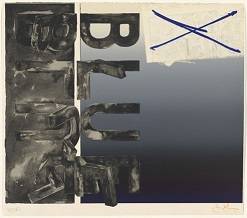 At the height of the Abstract expressionist movement – a new avant-garde began to materialise from the same-sex relationship between two young artists – Robert Rauschenberg and Jasper Johns. During the homophobic 1950s, from their run-down New York studios, Rauschenberg and Johns began a private creative dialogue, collapsing the distinction between art and life.

Jasper and I used to start each day by having to move out from Abstract expressionism. We were the only people who were not intoxicated with [them].’

In 2022, the National Gallery of Australia celebrates the fortieth anniversary of its opening to the Australian public. Such a significant anniversary warrants reflection on the past, celebration in the present and thoughtfulness for the future. Rauschenberg & Johns: significant others allows us to do exactly this. This exhibition is drawn from the Kenneth E Tyler Collection of prints, the core of which was acquired in 1973 by the National Gallery’s inaugural Director James Mollison AO. Mollison was alerted by the Australian art critic Robert Hughes, then based in the United States, to the possibility of acquiring a group of rare artists prints, proofs and states created at the Los Angeles workshop Gemini Graphic Editions Limited (Gemini GEL). With the help of master printer Kenneth Tyler, artists at Gemini GEL were guided through complex print processes, while also being encouraged to ‘throw out the rule book’. Two important artists that Tyler worked with in the early years of the workshop were Robert Rauschenberg and Jasper Johns. Both artists readily understood the innovations that Tyler sought to achieve and would make prints in collaboration with the master printer that redefined their artistic practices. 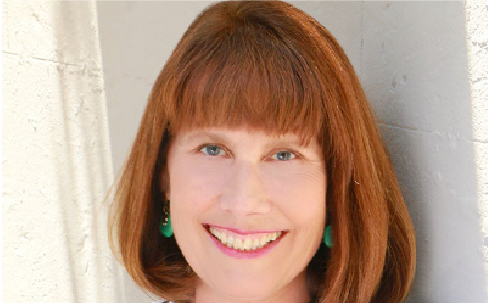 In her free monthly newsletter, Notes from A Book Addict, Susannah, one of our favourite ADFAS Lecturers, shares all that she loves about literature at the moment. One of her most frequently received comments is, “Oh I wish I had had somebody like you teaching me English when I was at school.”

If you have enjoyed Susannah’s talks, you’ll hear that same voice in her writing. Let Susannah be your literary guide. 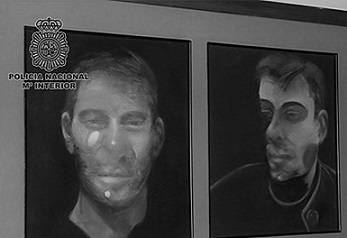 Great Art Heists of History: A Break-in for Bacon

Art heists, by nature, typically target museums and galleries. They are where most masterpieces and priceless works are housed, their whereabouts not being a secret – the targeted loot is common knowledge for those that are inclined that way. And once the art pieces are selected for procurement, the heist itself can be planned and executed seamlessly, as museums and large galleries are places teeming with thousands of daily visitors. How is the half-asleep security guard to know that the solemn, non-descript man taking in the Van Gogh or Rembrandt isn’t plotting its forthcoming departure? But, of course, not all art heists fit the mould. And for our final entry in Great Art Heists of History, we will be observing a heist not targeting the Louvre or the Isabella Stewart Gardner Museum, but a private residence. That doesn’t make the crime any less impressive, however, for 2015’s heist of five Francis Bacon paintings from an apartment in Madrid has gone down as the largest contemporary art heist in recent Spanish history. Read more